PRAGUE – Czech Finance Minister Zbynek Stanjura said on Sunday he wanted to keep the 2022 state deficit from rising above 330 billion crowns ($14.1 billion) in a budget amendment being worked up to take in the impact of war in Ukraine and soaring prices.

The war in Ukraine has led to a downturn in growth in the central European country, as well as more spending on defence and aid for hundreds of thousands of refugees. Fast-rising energy bills are also pushing the government to seeks ways to aid households and companies, costing tens of billions.

Stanjura is set to put forward an amended budget next month that he has already said would push the deficit above 300 billion crowns, from a planned 280 billion crown gap.

Asked on Czech Television’s Sunday debate show whether a budget gap of around 330 billion was likely, Stanjura said: “I will try so that the deficit will be as low as it can be, and that it will be below 330 billion.”

After taking power in December, the centre-right government pledged to cut deficits fuelled by pandemic spending and wage and pension hikes by the previous administration.

The deficit hit a record 420 billion crowns in 2021, pushing the overall fiscal gap to 5.9% of gross domestic product, almost twice the European Union-mandated ceiling of 3%.

Stanjura told Reuters this month he aimed to keep the 2023 budget deficit target below this year’s original plan and bring the fiscal gap within EU limits by 2024. 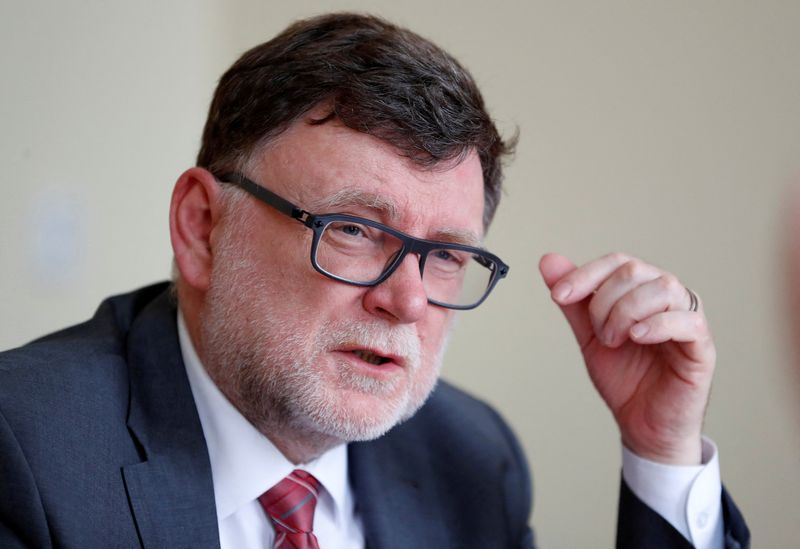