LIMA (Reuters) – Peru’s truckers and some farm groups will go on strike on Monday after failing to reach agreements with the government seeking measures to reduce the impact of steep global price rises of fuel and fertilizer, sector leaders said on Sunday.

Union leaders met on Friday and Saturday with government representatives, with demands including considering freight transport a “public service” that would reduce costs and curb competition from truckers from neighbor countries.

“We are firm in plans to strike with all our bases nationwide,” the leader of the heavy load haulage and drivers union Marlon Milla told radio station RPP. The union has 400,000 cargo transport units in 14 of the 25 regions of the country.

High global fuel prices linked to Russia’s invasion of Ukraine have stoked unrest in Peru, the world’s No. 2 copper producer, while shortages of fertilizer have raised fears over food supply with the government struggling to secure shipments.

The government of leftist President Pedro Castillo, who has seen his popularity tumble since taking office last year, has taken measures to curb the rising cost of living, but the annual inflation rate remains at around 8%, its highest level in 24 years.

Some farming unions also announced strikes on Monday, in protest at the rise in fertilizer prices and shortages.

Latin American leaders are grappling to bring down spiraling prices despite major interest rate hikes. Trucking protests over fuel costs have hit Argentina while Ecuador is being roiled by protests in part linked to gas prices. [L4N2YB27W]

“The dialogue has not been exhausted, we are in a permanent session of ministers to avoid protest,” Justice Minister Félix Chero told reporters on Sunday. The government is offering subsidies for road tolls and fertilizer costs. 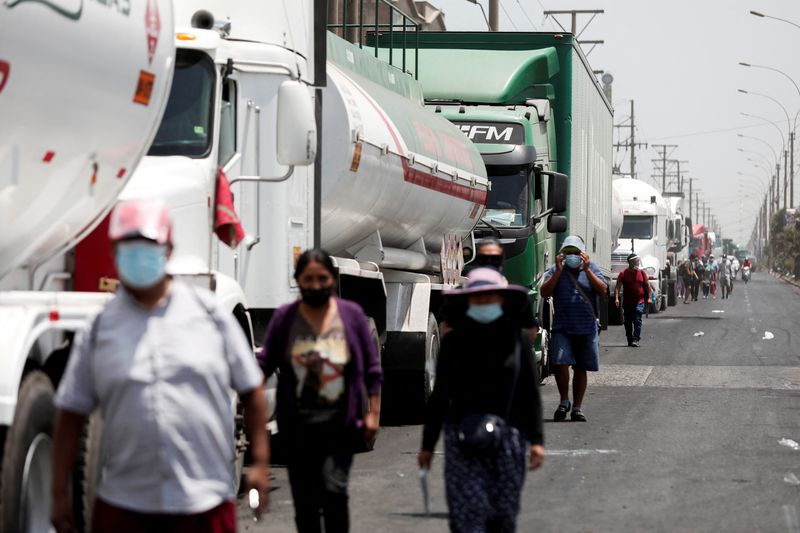