(Reuters) – Global companies that make baby formula are bringing products into the United States after the country’s health regulator relaxed its import policy to address a nationwide shortage partly triggered by Abbott Laboratories’ manufacturing plant in Michigan recalling some products in February.

Importers include Neocate maker Danone SA, while New Zealand’s dairy giants Fonterra and a2 Milk have submitted applications to the U.S. Food and Drug Administration (FDA) for supplying baby formula to the United States.

Once the products arrive in the country and receive a sign-off from the FDA, the manufacturers will distribute them through their existing supply chains and cater to unfulfilled orders, a spokesperson for the U.S. Department of Health and Human Services said.

Abbott said on June 4 that it had reopened its baby formula production plant at Sturgis, Michigan.

Here’s a list of companies that are bringing in baby formula to the U.S. market in the wake of the crisis:

May 27 Bubs Australia Ltd Plans to ship at least 1.25 million

cans of several varieties of its

formula are expected to be shipped

May 26 Danone SA Has doubled shipments of its

additional cans to be sent to the

from Mexico to be available from the

beginning of July through October.

to be available in June and July(https://bit.ly/3m8DqFS)

May 22 Nestle SA Has been flying supplies from the

Netherlands and Switzerland and

delivered 132 pallets of its Health

May 24 Kendal Nutricare About 2 million cans of infant

shelves from the UK, beginning June,

base powder for Reckitt subsidiary

shipping in June through November (https://bit.ly/3tH4aBx)

formula) will be available from the

June 27 Organic cans from Australia will be

available from early July and over 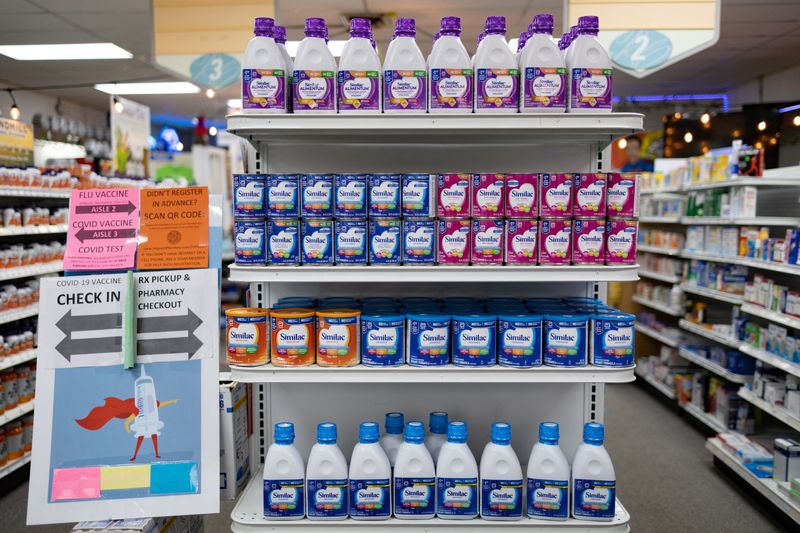