TOKYO -The Bank of Japan will maintain its ultra-loose monetary policy as the economy has not been affected much by the global inflationary trend, Governor Haruhiko Kuroda said, stressing the country’s 15-year experience with deflation is keeping wage growth subdued.

Japan’s core consumer inflation hit 2.1% for two straight months in May, but the increase was due almost entirely to soaring energy prices, Kuroda was quoted as saying in a video recording of a seminar released on Wednesday.

While core consumer inflation may stay around 2% for about a year, it is likely to slow to around 1% in the next fiscal year beginning in April 2023, he said.

“Unlike other economies, the Japanese economy has not been much affected by the global inflationary trend, so monetary policy will continue to be accommodative,” he said, according to the recording released by the Bank for International Settlements (BIS).

In the aftermath of Japan’s 15-year deflation that lasted through 2013, the country’s firms have become “very cautious” in raising prices and wages, Kuroda said in the seminar held in Basel on Sunday.

Soaring global commodity prices and a weak yen, which inflates the cost of importing raw material, have pushed Japan’s core consumer inflation above the BOJ’s 2% target.

But Kuroda has repeatedly stressed the need to maintain ultra-low interest rates until inflation is driven more by strong demand, making the BOJ an outlier among a global wave of central banks hiking rates to combat surging inflation.

Kuroda said it was “extremely difficult” to assess the impact various structural changes, such as geo-political risks and digitalisation, could have on the global economy.

“In any case, the mandate of central banks will remain the same. That is to stabilise prices for economic development with our monetary policies, although the policy transmission channel may change in a rapidly changing world with uncertainties,” he said. 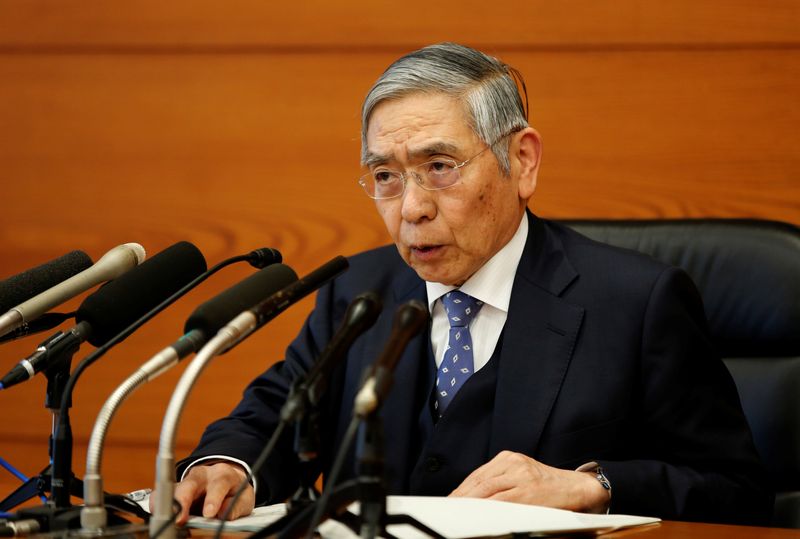