By Devik Jain and Susan Mathew

The continent-wide STOXX 600 index was up 0.3%, rising for a third straight session. The benchmark index’s gains were tempered following a drop in June U.S. consumer confidence that pushed Wall Street lower. [.N]

In China, health authorities said the country would halve to seven days its COVID-19 quarantine period for visitors from overseas, with a further three days spent at home.

This was the latest move in a series of gradual easing of COVID-19 curbs that had started to hit the country’s economy and bolstered hopes of a resurgence in demand from China, the world’s second-biggest economy and top metals consumer.

Asia-exposed banks such as HSBC and Standard Chartered were among the top boosts to the STOXX 600, while shares of luxury retailers LVMH and Richemont, which rely on China for a major part of their revenue, rose 0.8% and 1.5%, respectively.

“The shock in China is starting to basically improve, but we’re still probably four to six months away from understanding if the various economies from U.S., Europe to China are heading for a recession,” said Sebastien Galy, a senior macro strategist at Nordea Asset Management.

Equity markets have seen a sharp sell-off this year as investors scrambled to adjust their expectations for economic growth and corporate profits in the wake of soaring inflation and interest rate hikes.

European equities could see a drop between 6.4% and 8.5% in earnings per share this year compared with consensus estimates of a rise of more than 11%, HSBC said on Tuesday.

With the European Central Bank set to raise rates for the first time in a decade next month, its President Christine Lagarde said it will move gradually, but with the option to act decisively on any deterioration in medium-term inflation. 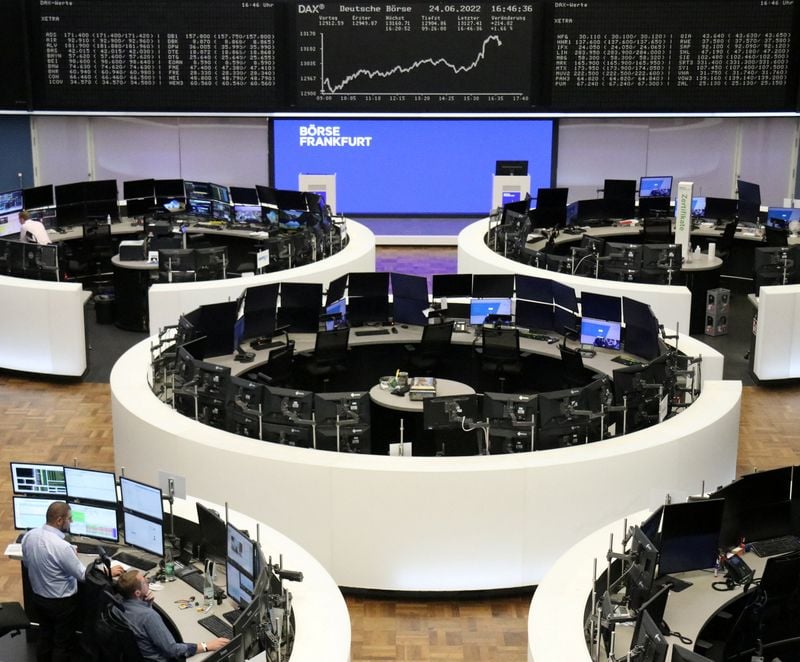