WASHINGTON (Reuters) – The U.S. Supreme Court is expected to issue a ruling this week that will determine the degree to which the Environmental Protection Agency can regulate greenhouse gas emissions as an air pollutant.

The decision may have enormous implications for President Joe Biden’s administration and its lofty ambitions to fight global climate change.

Here is an explanation of the case and the issues surrounding it.

WHAT IS THE CASE?

The court, which has a 6-3 conservative majority that has been skeptical toward the power of federal agencies, is due as early as Wednesday to issue its ruling in the case, called West Virginia vs. EPA.

Their challenge came after the EPA under Democratic former President Barack Obama sought to impose a sweeping rule, called the Clean Power Plan, requiring U.S. power plants to slash greenhouse gas emissions, mainly by shifting away from fossil fuels like coal toward cleaner energy sources like solar and wind.

The states have argued that the EPA exceeded its authority by trying to regulate carbon dioxide under the Clean Air Act and by doing so in a way that would have vast economic impacts.

Oral arguments in the case in February suggested that the justices may rely upon what is called the “major questions” legal doctrine in its decision. Under this doctrine, explicit congressional authorization is needed for federal agency action on issues of broad importance and societal impact like climate policy. Congress passed the Clean Air Act decades ago before global warming was widely recognized as a threat.

Legal experts expect the court to constrain the EPA in some way, given its conservative makeup, but how and how much remain to be seen.

There are no regulations now in force that would reduce carbon emissions from power plants. The Obama-era rule was blocked by the Supreme Court in 2016. A narrower replacement crafted by Republican former President Donald Trump’s administration was struck down by a federal appeals court in 2021.

WHY DOES THE DECISION MATTER?

The American power sector is the source of about a quarter of U.S. greenhouse gas emissions, making it a big target in the fight against climate change.

Biden, a Democrat, came into office with hopes of using the EPA as his administration’s main tool to clean up the sector. His administration set a goal to decarbonize the U.S. power grid by 2035, with the EPA meant to propose a new rule early next year.

If the agency’s power to regulate greenhouse gas emissions is constrained, then the administration would need to figure out other ways to proceed. That could include pursuing legislation in Congress – a tough proposition given its partisan divisions – or regulating greenhouse gases indirectly as a co-benefit of other air pollutants or water rules that could speed closure of older coal-fired plants, a step that could face stiff legal challenges.

WHAT ARE THE GLOBAL IMPLICATIONS?

The troubles the Biden administration could face with its climate agenda at home may also become a problem globally. The United States, the world’s second-largest emitter of greenhouse gases behind China, is hoping to lead global efforts to cut emissions.

Getting hamstrung by the Supreme Court could deal a blow to U.S. credibility as a climate leader on the global stage at a time that it is also helping ramp up gas exports and calling for more oil production to lower gasoline prices. This in turn could undermine the ambition of other countries with large greenhouse gas emissions to make cuts.

(Reporting by Valerie Volcovici; Editing by Will Dunham) 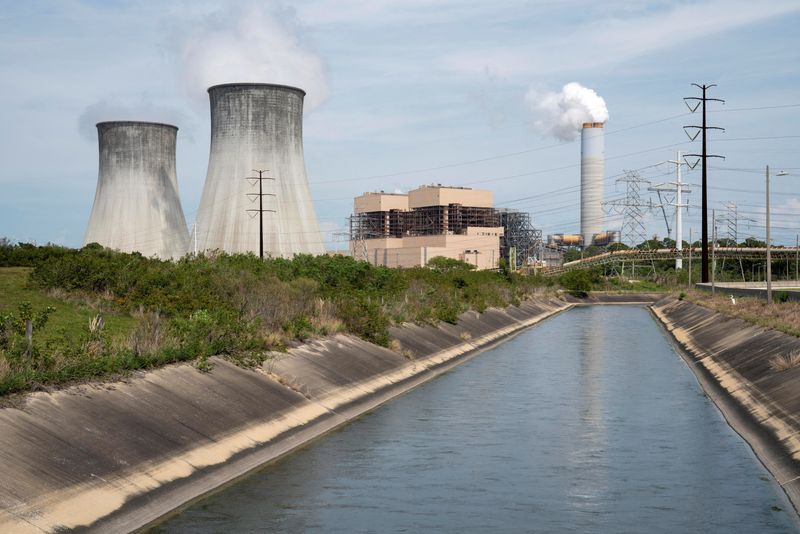