By Thomas Escritt and Sarah Marsh

GARMISCH-PARTENKIRCHEN, Germany -The Group of Seven rich democracies will commit up to $5 billion to improve global food security, a senior U.S. official said, as the group responds to worries in developing nations about the threat of hunger triggered by war in Ukraine.

On the final day of the G7 summit in Germany, the official said that the United States would provide over half of that sum, which would go to efforts to fight hunger in 47 countries and to fund regional organisations.

The G7 is attempting to rally emerging countries, many with close ties to Russia, to oppose Russian President Vladimir Putin’s invasion of Ukraine, and invited five major middle-and-low income democracies to the summit to win them over.

Some developing nations, themselves former victims of western colonialism, see western complaints about Ukraine as self-serving and are more concerned at the impact of soaring food prices on their populations.

Some blame western sanctions, not Russia’s invasion of one of the world’s largest grain producers and blockade of its ports, for the shortages.

“Putin’s actions have been at the core and the thing from which you can draw a direct line to all of the vulnerability that we’re seeing around the world in terms of food security,” the official said.

“His actions have strangled food and agricultural production and have used food as a weapon of war through the destruction of agricultural storage, processing facilities … and the effective blockade of the Black Sea ports,” he added.

About $2 billion of the commitment would go to direct humanitarian interventions, with another $760 million going to “food assistance” to “enhance the resilience and productivity of food systems around the world.”

(Reporting by Thomas Escritt and Sarah MarshEditing by Raissa Kasolowsky) 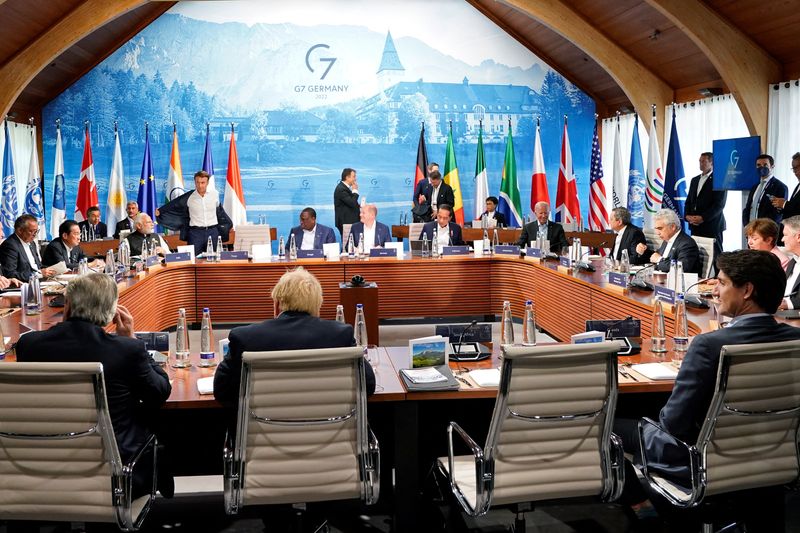