(Reuters) – The Michigan Supreme Court on Tuesday threw out charges against former Governor Rick Snyder and eight others in connection with the Flint water scandal, ruling that a lower court judge lacked the authority to issue indictments in the case.

The decision is a setback for prosecutors, who spent years building a criminal case against state and city officials after lead contaminated Flint’s water system, prompting a national scandal.

Under state-appointed managers, the majority-Black city switched its water supply from Lake Huron to the Flint River to save money. Corrosive river water caused lead to leach from the pipes, exposing thousands of children to lead poisoning and leading to an outbreak of Legionnaires’ disease.

Snyder was charged with two misdemeanor counts of willful neglect of duty. The former director of the state’s health department, Nick Lyon, and the state’s chief medical executive, Eden Wells, were both charged with involuntary manslaughter in connection with the deaths of nine people from Legionnaires’ disease.

Prosecutors decided to employ a rarely used method of obtaining the indictments, presenting evidence in secret before Genesee County Circuit Court Judge David Newblatt in what is known as a “one-man grand jury.”

But the state Supreme Court said on Tuesday that while a judge serving in that role can subpoena witnesses and issue arrest warrants, the judge cannot issue indictments.

A spokesperson for the office of Attorney General Dana Nessel said prosecutors are reviewing the opinion.

The crisis in the city of approximately 100,000 was seen as a prominent example of how U.S. environmental problems have disproportionately affected minority communities.

In November, a federal judge signed off on a $626 million partial settlement for victims of the contamination, with most of the money earmarked for children. 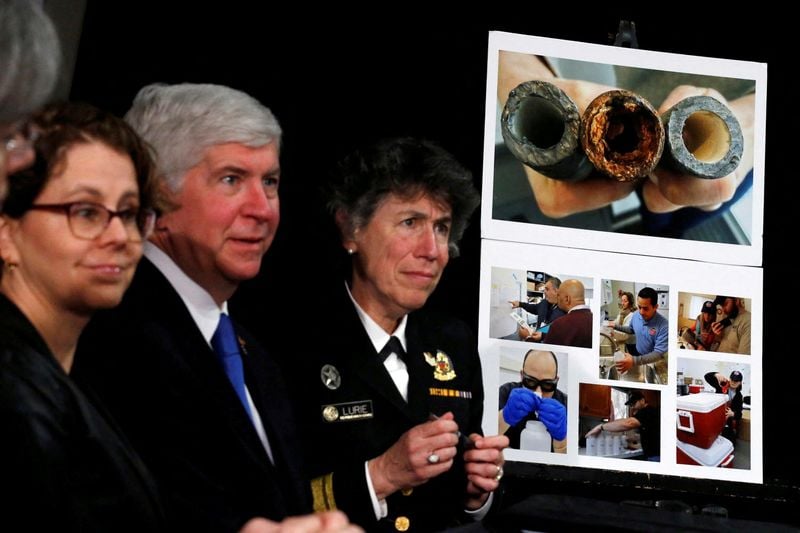