A year after the American retired injured from what many feared would be her last Wimbledon match, her return had been eagerly anticipated but 115th-ranked Tan ripped up the script with a nerve-shredding 7-5 1-6 7-6(7) win.

With the Centre Court roof closed for the final two sets and the time approaching the 11pm Wimbledon curfew, Tan had one match point snatched away when the 40-year-old Williams served at 5-6 in a rollercoaster deciding set.

A weary Williams then appeared close to victory as she built a 4-0 lead in the ‘super tiebreak’.

But Tan, who had never played a Wimbledon main draw match before let alone against one of the game’s greats on a fever-pitch showcourt, was not done.

Sticking to the slice and slow ball shots that had flummoxed Williams throughout an absorbing duel, she clawed her way into a 9-7 lead before sealing victory as Williams netted a forehand.

Williams, who had not played a singles match since retiring hurt against Aliaksandra Sasnovich here last year, went through every emotion in three hours and 11 minutes of drama and put her fans through the wringer too.

But in the end, a lack of match sharpness proved too much as another quest for a 24th Grand Slam title hit the buffers and the question is will she ever get another chance.

Tan, who had only ever won two Grand Slam main draw matches compared to the 98 won at Wimbledon alone by Williams, could hardly believe what she had done after clinching by far the biggest victory of her modest career.

“I’m so emotional now. Serena is a superstar and when I was young I was watching her so many times on the TV,” the 24-year-old said on court. “For my first Wimbledon, it’s wow. Just wow.

“When I saw the draw I was really scared. Because it’s Serena Williams, she’s a legend. I thought if I could win one or two games it was really good for me.”

While defeat, which by ranking of opponent was the worst of her Wimbledon career, was a bitter pill to swallow, Williams said it was easier to accept than last year.

“It was definitely a very long battle and fight and it’s definitely better than last year. That’s a start,” Williams told reporters. “I think physically I did pretty good. I think the last couple of points I was really suffering there.”

Asked if she would be back at Wimbledon, Williams was coy.

“That’s a question I can’t answer. I don’t know. Who knows? Who knows where I’ll pop up?”

Despite wildcard Williams’s notional ranking of 1,204, on paper the match looked like a mis-match.

The 24-year-old Tan had only chalked up nine Tour wins in her career and none on grass compared to the 832 for former world number one Williams.

But right from the start it was clear that statistics and reputations could be ignored.

A succession of wild errors off the Williams racket handed Tan a 2-0 lead before she found some rhythm to move 4-2 ahead. But Tan, whose subtle game belongs to a bygone era, showed great court craft and broke the mighty Williams serve twice in succession on her way to snatching the opener.

Williams broke serve after a lung-busting 19-minute game early in the second set that had both players gasping and then saved four break points in the next game before rolling through the rest of the set as Tan faded.

Leading 3-1 in the decider Williams seemed in control but it was an illusion as Tan struck a beautiful backhand winner to break back for 3-3.

Roared on by the crowd, Williams broke again at 4-4 and celebrated wildly as if she had won the title, but again Tan showed true grit and broke back with another stunning backhand.

When Williams saved match point with a swing volley to get into a tiebreak, logic suggested Tan would finally fold.

But it was Williams who faltered with victory in sight. 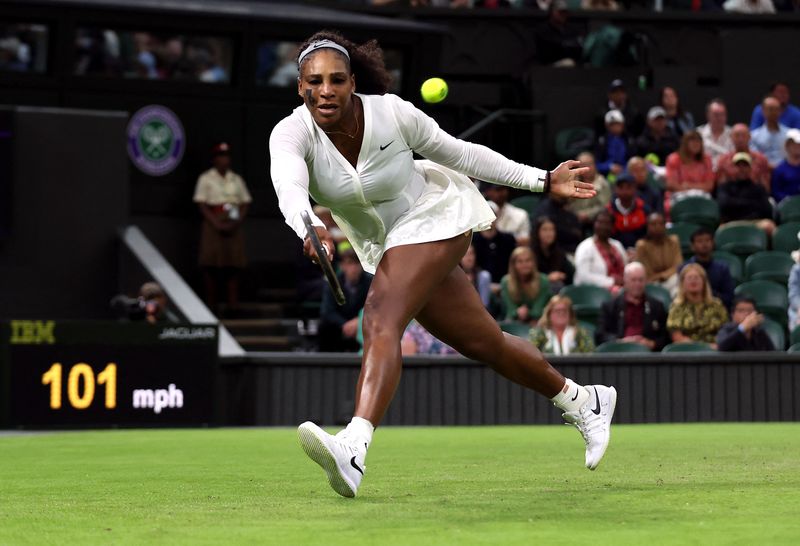 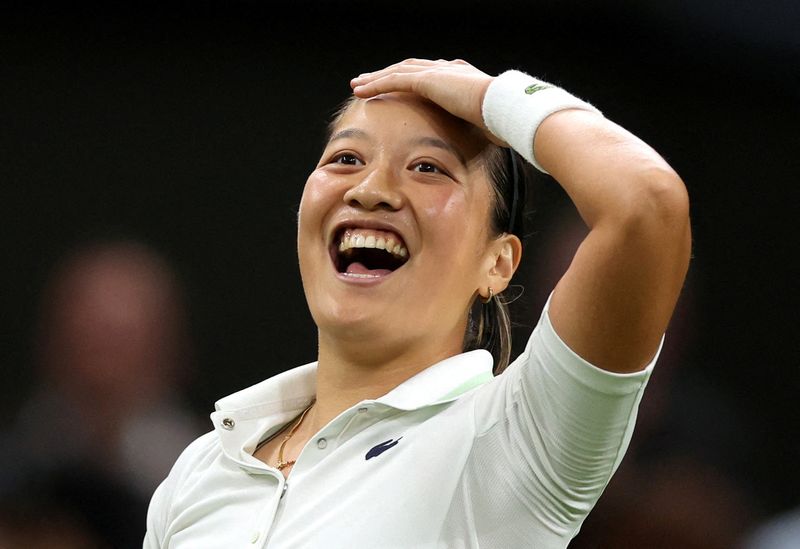 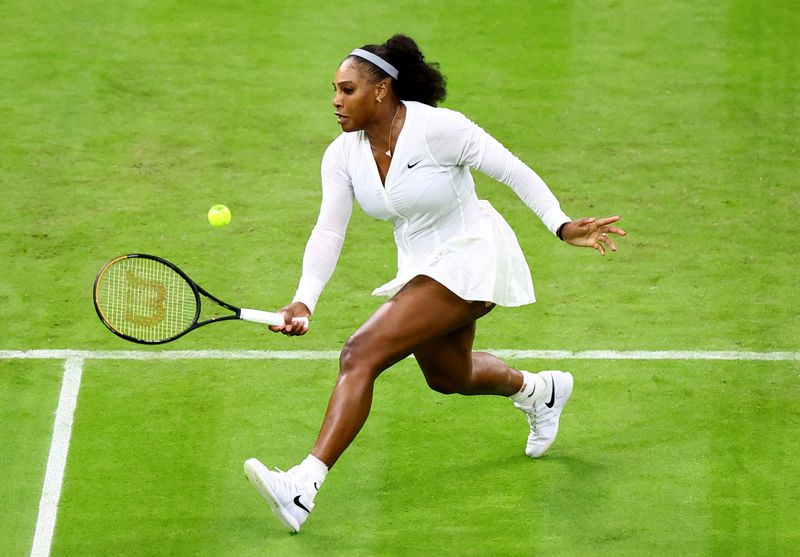 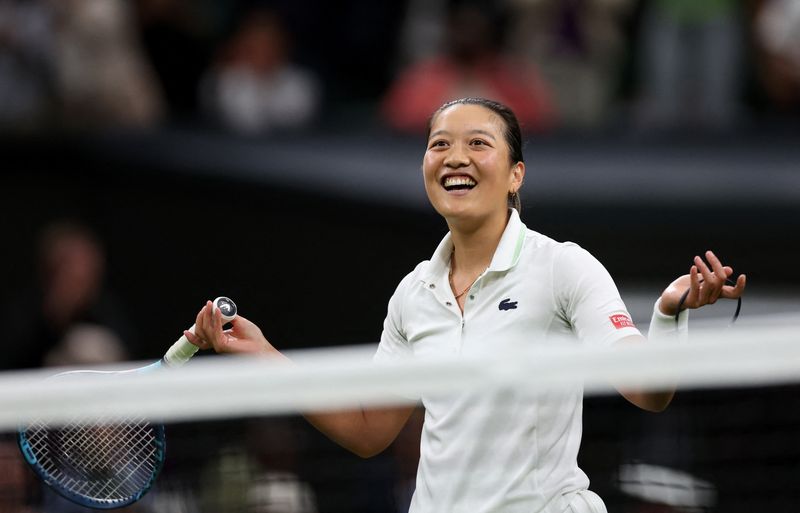 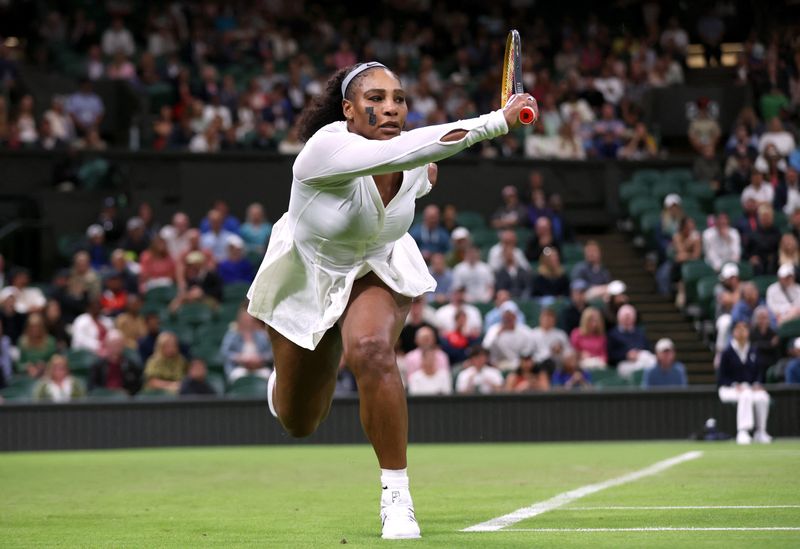