(Reuters) -General Mills attributed its estimate-beating quarterly results to higher pricing and signaled it was ready to take on surging costs as inflation-hit Americans eat at home more to save money.

The Cheerios maker also raised its quarterly dividend, sending shares up 5.5% on Wednesday as demand for its breakfast cereals, snack bars and pet food held steady despite the price hikes.

“As consumers become more concerned about the economic reality, the first thing they tend to do is eat more at home,” Chief Executive Officer Jeff Harmening said.

People have cooked more at home during economic downturns in the past, at a fraction of a restaurant meal’s cost, and “we are seeing the same kind of behavior now”, he said.

Barclays analyst Andrew Lazar said the outlook suggests a level of confidence in its ability to manage inflation despite the prevailing investor view that the pricing window for the packaged food industry has all but effectively shut.

U.S. packaged food makers have jacked up prices of everything from condensed soup to chocolates to protect profit margins from a rise in freight and raw material expenses.

General Mills expects input costs to rise about 14% in fiscal 2023 from 8% in the reported year.

Net sales increased 8% to $4.89 billion in the fourth quarter, beating estimates of $4.81 billion, according to Refinitiv IBES.

(Reporting by Praveen Paramasivam in Bengaluru; Editing by Devika Syamnath) 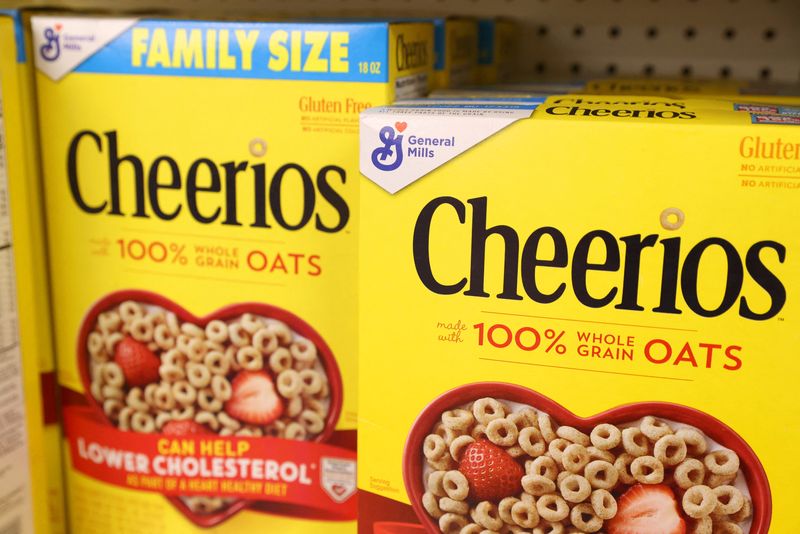