The launch of the 4,000-passenger Disney Wish is a bright spot for Chapek, who became Disney’s CEO in February 2020 and secured a three-year contract extension on Tuesday following recent controversies that prompted questions about his tenure.

It took more than six years to bring the 144,000-ton Wish to the market, Chapek told guests at a christening ceremony that featured fireworks and appearances by Mickey and Minnie Mouse, Ant-Man, Chewbacca and other characters from Disney’s vast portfolio.

On the ship, “we combine these amazing characters and stories with incredible technology to create brand new experiences,” Chapek said.

The cruise business is part of Disney’s massive theme parks, experiences and products unit, which has rebounded from pandemic closures. Operating income hit $4.2 billion in the first half of fiscal 2022, reversing a $535 million loss a year earlier.

Disney does not disclose how much cruises contribute to earnings, but Chapek said in November that the business has generated “a double-digit return on investment” given the premium price that Disney charges.

The Wish, the fifth vessel in Disney’s fleet, “kicks off the largest expansion in Disney Cruise Line history,” said Josh D’Amaro, chairman of Disney’s parks division. Two more ships will be delivered by 2025.

The new ship sets sail as the industry works to lure customers back after a 15-month shutdown during the COVID-19 pandemic.

The Cruise Lines International Association estimates it could take until the end of 2023 for passenger volume to surpass the levels of 2019, when 29.7 million people boarded ships around the world.

The U.S. Centers for Disease Control and Prevention still advises that COVID-19 “spreads easily between people in close quarters on board ships” and that even vaccinated passengers may become infected.

“When all is said and done, we’ll have seven of them, and all seven of them will be filled out,” he said in an interview. “I have 100% confidence in that.”

The ship also “complements everything that we do,” D’Amaro added. “For example, people that will come to get aboard this ship … they’re spending three days at Walt Disney World.”

The company will seek to entice vacationers to the Disney Wish with what it touts as its first attraction at sea, the AquaMouse. The theme-park-like ride incorporates animated short films featuring Mickey and other characters as guests float through 760 feet (230 meters) of winding tubes suspended above the upper decks.

Dining experiences place families inside the worlds of Disney’s “Frozen” and Marvel’s Avengers. For adults, Disney created a Star Wars-themed hyperspace lounge that evokes the look of star cruisers in “Solo: A Star Wars Story.”

The ship also boasts an interactive experience that marries the physical and digital worlds. A Disney Cruise Line app turns a user’s phone into a virtual “spyglass” for peering at constellations in the night sky (which appear as Disney and Pixar characters) and embarking on adventures.

The interactive game marks a step toward Chapek’s goal of establishing a presence in the metaverse. The executive has advocated virtual experiences as a way to keep consumers connected to Disney characters and stories in between movie releases and park visits.

The Disney Wish will set out on its first voyage on July 14 from Port Canaveral in Florida.

Disney has been embroiled in controversy in the state after the company opposed legislation to limit LGBTQ discussion in schools. That prompted state lawmakers to pass a measure that removes the company’s self-governing status for Walt Disney World in Orlando, though it has not yet taken effect.

Employees at Disney had urged the company to speak out against the LGBTQ legislation, which opponents dubbed a “Don’t Say Gay” bill. 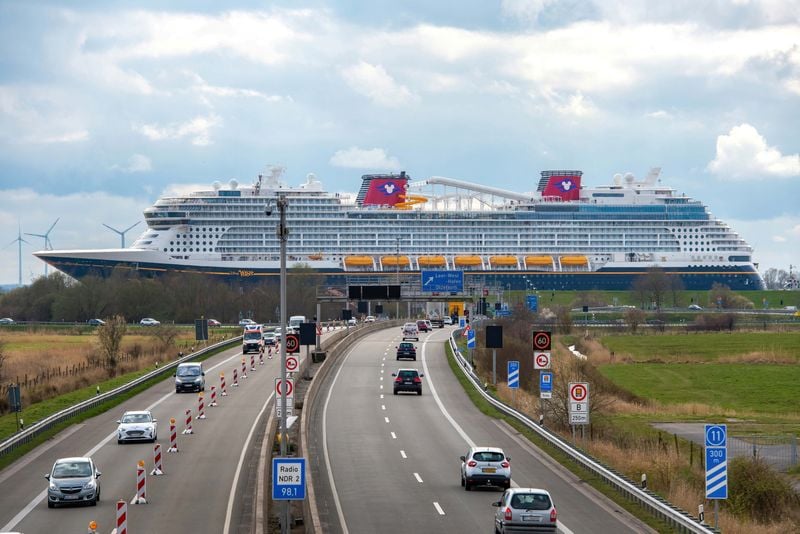 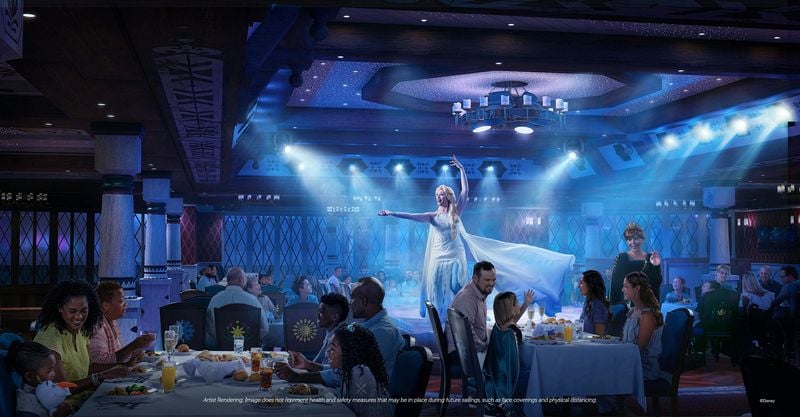 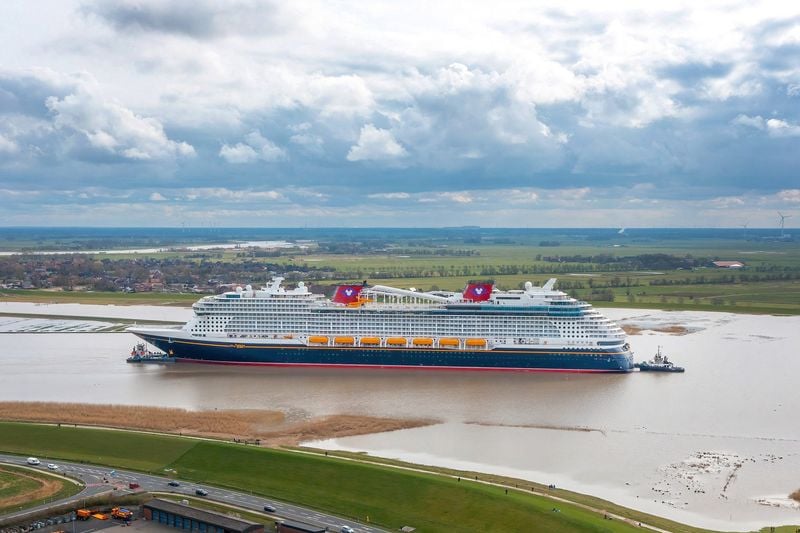 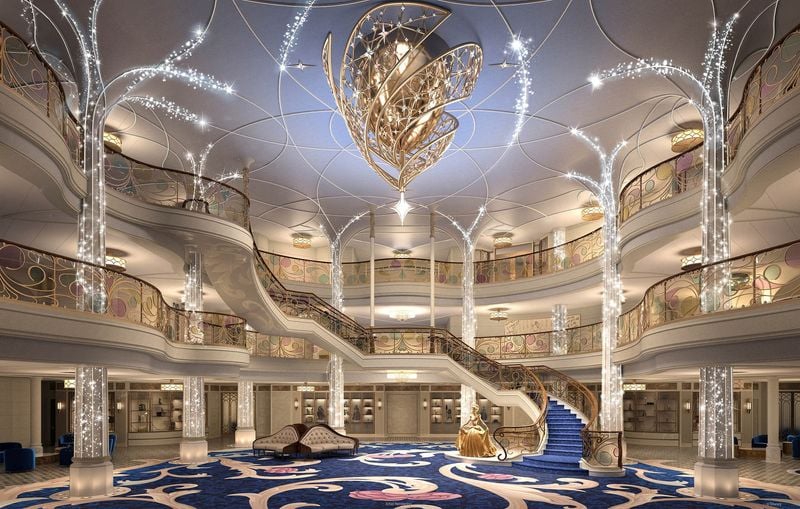 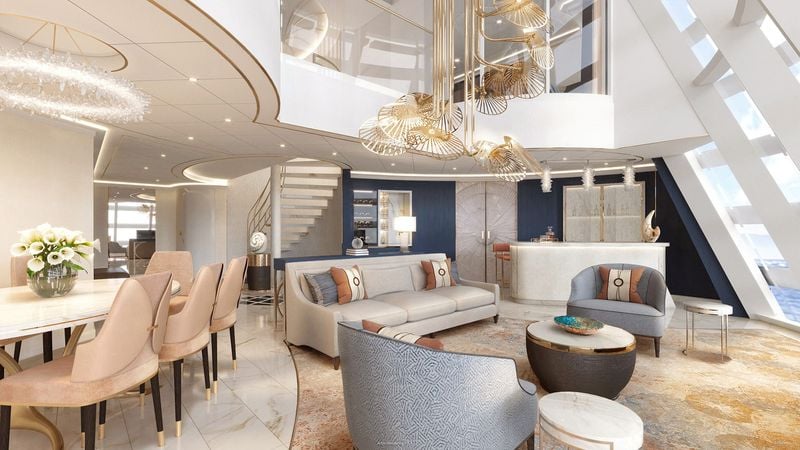 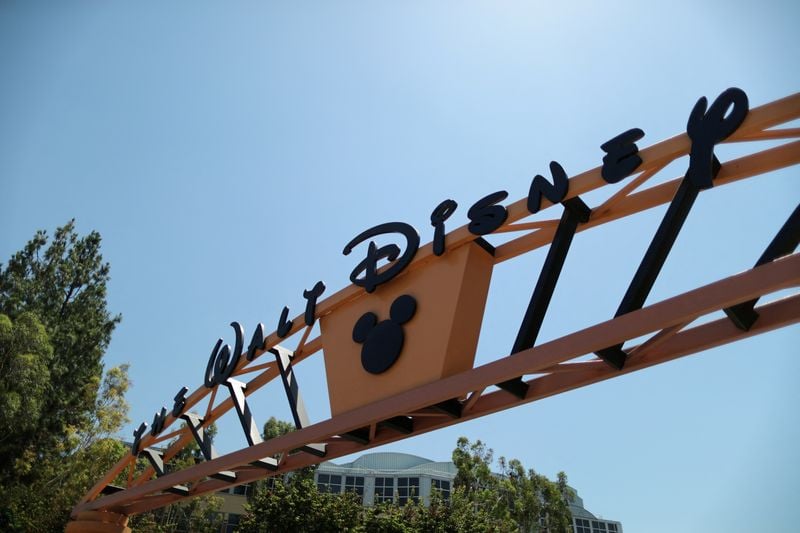