By Howard Schneider and Balazs Koranyi

WASHINGTON (Reuters) -The Federal Reserve will not let the economy slip into a “higher inflation regime” even if it means raising interest rates to levels that put growth at risk, Fed Chair Jerome Powell said on Wednesday in remarks emphasizing the U.S. central bank’s do-whatever-it-takes approach to tempering future price hikes.

While “there is a risk” the Fed slows the economy more than needed to bring inflation back to the central bank’s 2% target, Powell said, “I would not agree that is the bigger risk. The bigger mistake would be to fail to restore price stability.”

The Fed chief used his appearance at the ECB’s annual conference in Sintra, Portugal, to restate what has now become the U.S. central bank’s guiding policy principal: That regaining control of inflation is necessary even if it means raising interest rates to levels that push the economy towards a recession or that lead to rising unemployment.

New data on Thursday is expected to show that the personal consumption expenditures price index remained more than triple the Fed’s 2% inflation target in May. The lack of progress in bringing inflation back to that level led the Fed earlier this month to raise interest rates by three-quarters of a percentage point, and policymakers have said they are prepared to approve another such increase at the July 26-27 policy meeting.

Fed policymakers now see the target federal funds rate being increased to 3.4% by the end of the year, above the level they feel is needed to begin restricting the economy in the long run and roughly double the current level of between 1.5% and 1.75%.

Powell said the U.S. economy remains “in pretty strong shape,” and, he feels, will be able to cope with tighter credit conditions while avoiding recession or even a significant rise in the unemployment rate.

But the path to that so-called “soft landing” is becoming “significantly more challenging” the longer that high inflation lasts, Powell said, and policymakers are particularly attuned to the risk that public expectations about the future behavior of wages and prices may eventually accelerate as well.

Using language similar to Powell’s, Cleveland Fed President Loretta Mester told the ECB conference that, just as policymakers once assumed the bigger risk lay in stifling inflation too aggressively, and giving up jobs and economic growth in the process, the coronavirus pandemic has shifted the balance of risks.

“The more costly error is assuming inflation expectations are anchored when they are not,” Mester said. 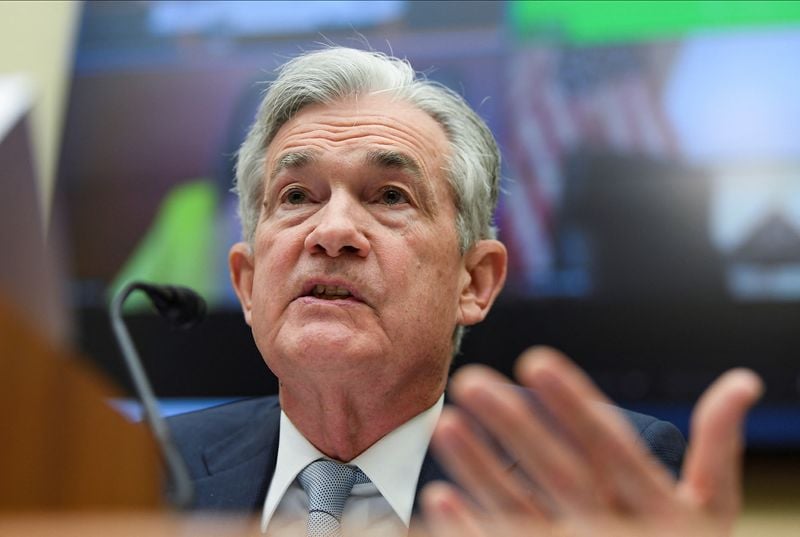