AMSTERDAM -Shares in Europe’s largest online meal ordering company Just Eat Takeaway.com hit an all-time low on Wednesday amid dual doubts the loss-making company will successfully sell its U.S. Grubhub operation, and whether it will be able to reach profitability without additional funding.

Shares dropped 19% to 14.68 euros in a fierce sell off, following a note by Berenberg analysts initiating coverage with a “Sell” rating. The analysts questioned whether the company would be able to dispose of Grubhub for anything resembling the $5.8 billion it paid for it in an all-shares acquisition that closed in June 2021.

Just Eat Takeaway said in a reaction that it has not changed its strategy with respect to Grubhub and its funding is not in doubt.

Takeaway is “actively exploring …a strategic partnership and/or the sale of Grubhub, in whole or in part,” the company said.

“Just Eat Takeaway has a strong cash base to finance its business plan.”

Shares are down 70% this year and Chief Executive Jitse Groen has been under fire from investors, including its second-largest shareholder Cat Rock, for the Grubhub purchase. Groen, Takeaway’s founder, reversed course in April 2022 and said he was considering options including a sale of the business.

“On our estimates, the company would need to raise around 1 billion in new funding to achieve free cash flow break-even” if it does not successfully sell Grubhub or other assets, the Berenberg analysts wrote.

“We estimate that the disposal of Grubhub could bring in a net $400 million … but this still means a need for over 500 million euros in new funding.”

An additional factor weighing on shares was a report in the Wall Street Journal that cited remarks by Grubhub CEO Adam DeWitt that a sale of the division is not imminent.

Takeaway reported a more than 1 billion euro loss in 2021, though Groen has said it is on track to become profitable on an operating basis in 2023.

The company added on Wednesday its debt is “well aligned with the guided profitability improvements.” 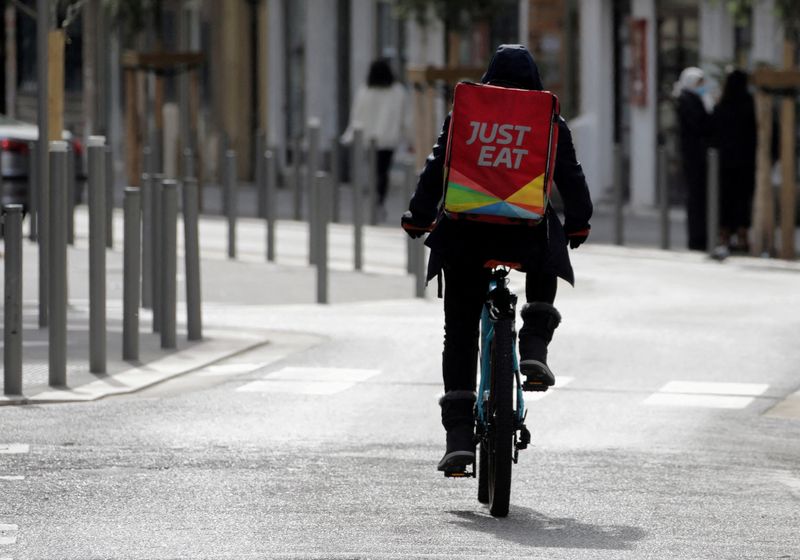