By Jason Buch and Dave Graham

SAN ANTONIO/MEXICO CITY -The suspected driver of a truck packed with dozens of migrants who died in sweltering heat during a smuggling attempt in Texas and an accused conspirator were charged in U.S. federal court on Wednesday with human trafficking offenses.

If convicted each man faces a maximum sentence of life in prison, or possibly the death penalty, the U.S. Justice Department said in announcing charges stemming from the deadliest migrant-trafficking incident on record in the United States.

The death toll from the tragedy rose to 53 on Wednesday as local authorities reported two more migrants initially hospitalized from their ordeal packed inside a sweltering tractor-trailer truck had died.

The truck, carrying migrants from Mexico, Guatemala, Honduras and El Salvador, was discovered abandoned on Monday in a desolate, industrial area near a highway on the outskirts of San Antonio, Texas, about 160 miles (250 km) north of the U.S.-Mexico border.

Temperatures in the area that day had soared as high as 103 Fahrenheit (39.4 Celsius), and authorities called to the scene found no water supplies or signs of working air-conditioning inside the cargo trailer.

Officials described finding the rear door to the trailer ajar with “stacks of bodies” inside, many of them hot to the touch. Other victims were discovered on the ground nearby, some deceased, some incapacitated. It was not made clear from official accounts how the door opened.

According to radio dispatch audio from authorities who were first on the scene, no one inside the trailer was conscious and only about a dozen appeared at first to be breathing.

The truck’s alleged driver, Homero Zamorano Jr, 45, a Texas native who was arrested near the scene, was charged in a criminal complaint with one count of “alien smuggling resulting in death,” according to the Justice Department.

San Antonio police officers found Zamorano hiding in the brush, according to federal prosecutors. Francisco Garduno, head of Mexico’s National Migration Institute, told a news conference earlier on Wednesday the driver had “tried to pass himself off as one of the survivors” when he was detained.

A second suspect, Christian Martinez, 28, was arrested on Tuesday and charged with a single count of “conspiracy to transport illegal aliens,” the Justice Department said in its statement. His nationality was not immediately revealed.

Federal prosecutors said Martinez was linked to the ill-fated smuggling operation through communications with Zamorano detected between the two men after a search by investigators of Zamorano’s mobile phone.

Two more men suspected of involvement in the deadly smuggling incident, both of them Mexican nationals, were charged on Tuesday in U.S. federal court with being illegal immigrants in possession of firearms.

Authorities said the pair – Juan Francisco D’Luna-Bilbao and Juan Claudio D’Luna-Mendez – were arrested when they were seen leaving a San Antonio residence listed on the Texas state vehicle registration of the tractor-trailer.

A federal judge in San Antonio has ordered them to remain in custody to face a preliminary hearing set for Friday.

MIGRANTS BOARDED TRUCK ON U.S. SIDE

Mexicans accounted for about half of those who perished. Eleven people – including minors – remain hospitalized. In addition to 27 Mexicans, the victims included 14 Hondurans, seven Guatemalans and two Salvadorans, Mexico’s government said. The nationality of some migrants in the truck remained unclear.

Most of the victims were male, with 13 females among the dead, the Bexar County medical examiner’s office said.

Dozens of families have waited anxiously for news of missing loved ones who they fear may be dead, even as new details about the smuggling operation emerged.

Surveillance photographs published by Mexican immigration officials captured the truck passing through a border checkpoint at Laredo, Texas, at 2:50 p.m. CT (1950 GMT) on Monday, before the migrant passengers are believed to have boarded.

“The migrants were already on U.S. soil,” before entering the truck, Garduno told reporters at Wednesday’s briefing.

The tractor-trailer then rolled on with its human cargo apparently undetected past two more U.S. Customs and Border Protection surveillance cameras in Texas – first in the town of Encinal, 40 miles (65 km) north of Laredo, then in Cotulla, 30 miles farther north.

A source within Mexico’s migration institute said, given smuggling dynamics, the migrants likely crossed the border in smaller groups before being concentrated in a smuggling safe house on the U.S. side, and then squeezed into the tractor-trailer to be moved farther into the United States.

The migrants were found sprinkled with a pungent substance, officials said, in a practice some smugglers are known to employ to mask the scent of human cargo and evade canine detection.

Between 6,000 and 6,800 trucks cross northbound through the international port of entry separating Nuevo Laredo, Mexico, from Laredo, Texas, on a daily basis, according to Mexican customs data.

A spokesperson for Guatemala’s foreign ministry, Karla Samayoa, said two Guatemalan girls who had been identified on social media as supposed victims of the San Antonio truck smuggling tragedy had in fact drowned in the Rio Grande. 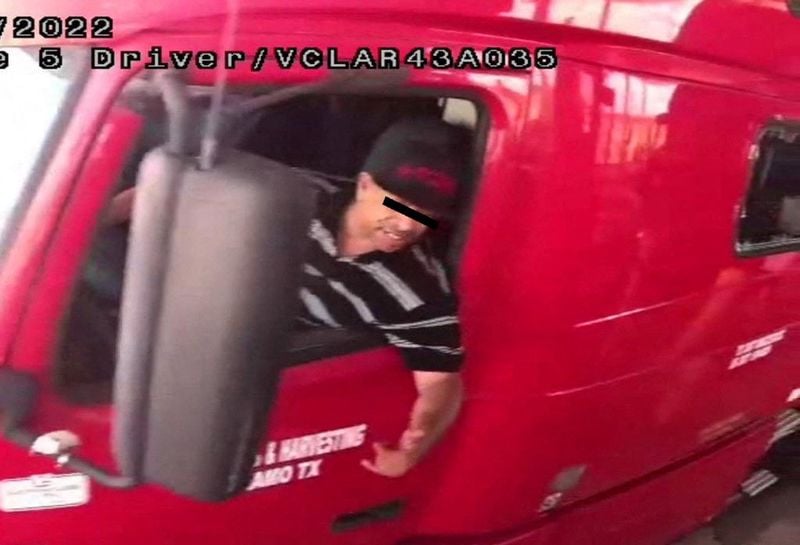 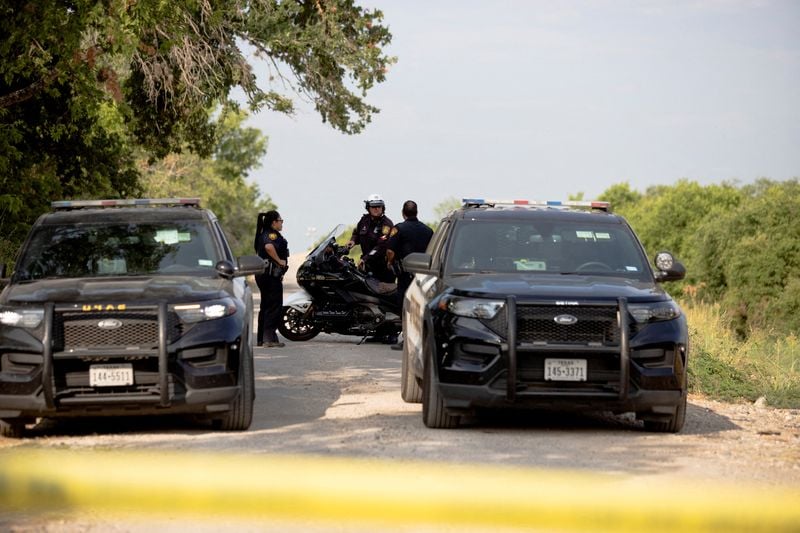