(Reuters) – The grandmother of the Uvalde school shooter was released from a hospital on Tuesday, just over a month after her grandson shot her and later also killed 19 children and two teachers.

Celia Gonzales, the 66-year-old grandmother of the shooter, 18-year-old Salvador Ramos, was shot in the face in their home, her husband had said, before the shooter drove to nearby Robb Elementary and killed 19 children and two teachers.

“The 66-year-old woman has been discharged,” University Health in San Antonio said. The only other remaining patient from the shooting, a 10-year-old girl, was “upgraded to good condition,” the hospital said in a statement.

The grandmother’s husband told CNN in May that a bullet pierced her jaw and upper cheek, and that she needed significant reconstructive surgery.

Separately, Uvalde will hold a special city council meeting on Thursday where the school shooting will be discussed, according to the agenda of the meeting posted on the city council’s website.

The council will speak to city lawyers to discuss what more information about the shooting can be released to the public.

Lawmakers and the public have demanded more information about the response by authorities to the shooting as many parents and relatives of the children and staff have expressed deep anger over police action after the gunman entered Robb Elementary School and began shooting.

Arredondo, who was placed on administrative leave by the district last week, has said he never considered himself incident commander.

(Reporting by Kanishka Singh in Washington; Editing by Aurora Ellis) 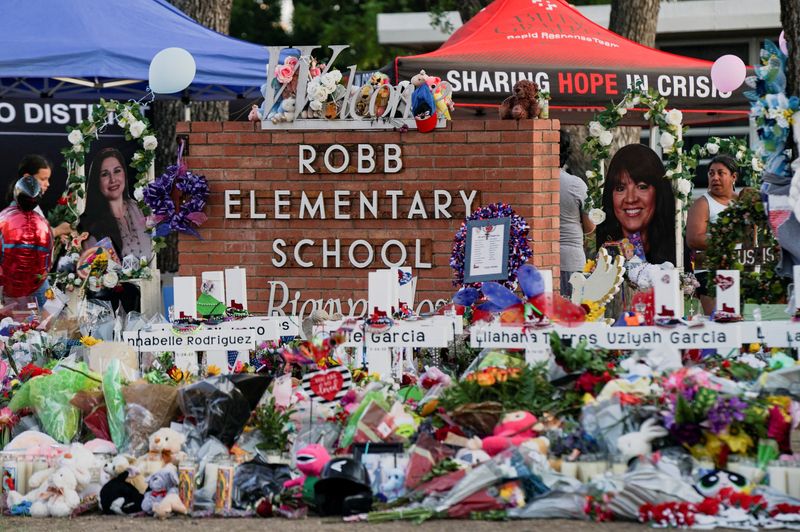