(Reuters) – Shares of Air Canada closed down 6% on Thursday after the carrier trimmed its domestic flight schedule this summer, as North American airlines wrestle with labor shortages, delays and cancellations as travel rebounds.

Canada’s largest carrier said late on Wednesday it would cut its schedule to reduce passenger flows to manageable levels, while Delta Air Lines’ chief executive on Thursday apologized for flight cancellations that have disrupted travel plans.

Airports in Canada and Europe are also wrestling with missing luggage as passengers shared pictures of luggage stranded beside baggage belts on social media.

Analysts and some industry executives don’t see a meaningful improvement in conditions before fall, when travel demand tends to slow down.

“With the changes started yesterday we are reducing our schedule, on average, by 77 round trips (or 154 flights) per day in total for July and August. Prior to this, Air Canada operated on average about 1,000 flights a day,” the airline said.

“In making this announcement, Air Canada is following the example of other major airlines worldwide, who have also recognized the need to adjust schedules,” the GTAA said.

Shares of American Airlines Group Inc, United Airlines Holdings Inc and Delta were down between 1% and 3%, amid a fall in broader U.S. markets on worries that the U.S. Federal Reserve’s determination to tame inflation would hamper global economic growth.

On Monday airlines canceled over 700 flights in the United States, after adverse weather conditions and staffing shortages limited operations.

(Reporting by Nathan Gomes in Bengaluru and Allison Lampert in Montreal; Editing by Vinay Dwivedi and Jonathan Oatis) 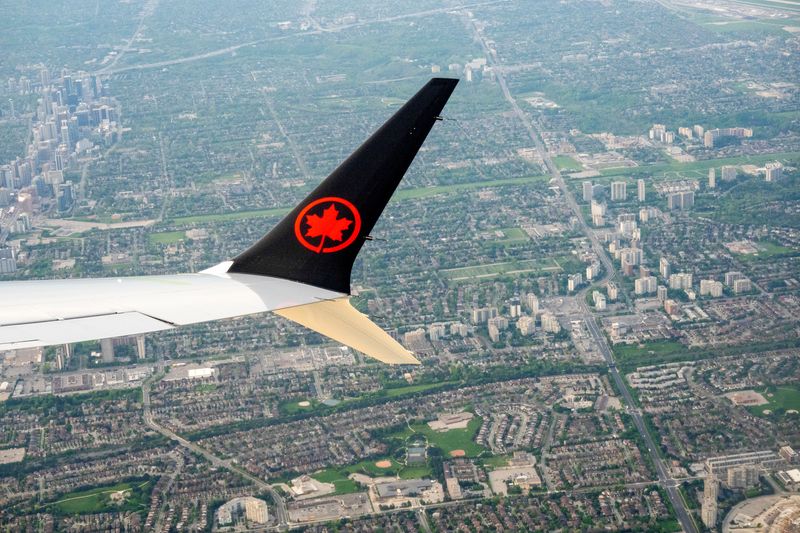