By Timour Azhari and Maya Gebeily

BEIRUT – Lebanon’s untamed financial crisis is gathering new menace as it heads into a fourth year, with political paralysis dampening hope of reforms that could unlock foreign support and stave off social turmoil, according to analysts, lawmakers and former officials.

The emergency gripping the small country squeezed between Syria and Israel could snowball in the autumn if political rifts deprive the state of an executive authority to enact reforms or agree a deal with the IMF and donor countries, they said.

In April, Lebanon agreed $3 billion in financing with the International Monetary Fund (IMF) conditional on key measures to tackle its financial crunch, which descended into full-blown crisis in October 2019. In May, reform-minded candidates scored significantly in parliamentary elections and the outgoing cabinet passed a new financial recovery plan.

But those developments have since been overshadowed by political gridlock and opposition to the plan from the banking sector, suggesting that one of the world’s worst financial meltdowns could drag on even longer.

“My view is that as long as the political governance doesn’t change, nothing will happen,” said Henri Chaoul, a former member of Lebanon’s IMF negotiations team who resigned in 2020 when the then-government’s plan was undone.

Najib Mikati, the caretaker premier also tasked with forming a new government, faces an uphill battle to cobble together a cabinet that can win the approval of the outgoing president and of a hung parliament.

Cabinet formation is already typically a months-long process in Lebanon but could drag even more as parties try to secure influence in the event that the presidency remains vacant following the end of Michel Aoun’s term in October.

If divisions prevent a cabinet from being formed and a presidential successor being named by then, Lebanon risks floating rudderless into uncharted territory – with no executive authority empowered to push reforms or eventually ink a final deal with the IMF and donors.

The economy is sinking fast: the currency has crashed more than 90% and about 80% of Lebanon’s inhabitants now live below the poverty line.

The summer influx of tourists and Lebanese expatriates bringing in badly-needed hard currency will do little to resolve the core of the crisis, which centres on a $70 billion hole in the financial system – more than three times the country’s entire yearly economic output.

The former parliament did not pass the 2022 state budget, a much-debated capital controls law or a reformed banking secrecy law.

Many had pinned hopes on first-time lawmakers to kickstart a parliamentary push for reforms, but six weeks since the election the body has yet to hold a general session.

Members of the finance committee say they only received a copy of the government’s financial recovery plan – agreed in mid-May – earlier this week. Major blocs say that plan must be revisited altogether.

Critics fear a re-run of a scenario from 2020, when a government rescue plan was torpedoed by Lebanon’s parliament and the powerful commercial banking sector.

The main division over the plan, then and now, remains how to distribute the losses. Lebanon’s government says banks and their shareholders should be first in line to cover losses – a bail-in – while the banks say the state should leverage its assets to pay back depositors in a bail-out.

Lebanon’s banking association says it backs an IMF deal even as it opposes the fundamental way the lender and the government want to attribute losses.

The IMF has insisted the zombie banking sector be restructured to allow the economy to recover – but work on that has yet to begin.

This year’s plan has also faced opposition from powerful Shi’ite armed group Hezbollah, which says it must be revised. Its ally Amal, led by speaker of parliament Nabih Berri, has also called for all deposits to be preserved – an impossible scenario, analysts say, due to the scale of the crisis.

Government critics say the continuing stagnation is intended to push Lebanese citizens needing hard currency to withdraw their dollar deposits from banks in local currency at huge losses in a process known as “lirafication.”

Those withdrawals are slowly shrinking the total amount in dollars that banks would owe to depositors in the event a financial recovery plan is ever implemented.

If that policy carries on and the government tries to appease the population by increasing benefits and salaries for the relatively large public sector, Lebanon could spiral into runaway inflation.

“With no new revenues, increasing salaries and benefits such as transport allowance will take the country into hyperinflation,” Nasser Saidi, an economist and former vice-governor at Lebanon’s central bank, told Reuters.

There is little time and few valuable dollars to waste. Spending on subsidies and cash injections to prop up the Lebanese pound has sapped the country’s FX reserves from more than $30 billion in 2019 to $11 billion today, according to the central bank governor.

Opposition MP Ibrahim Mneimneh, a member of the finance and budget committee and long-time political activist, decried the piecemeal approach.

Given the logjam, he told Reuters, “we might have to ask people to come down into the street.” 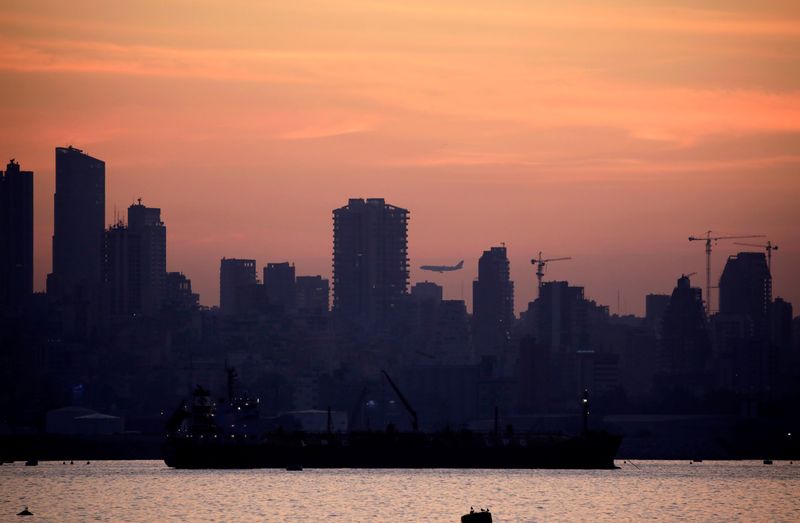