(Reuters) -AstraZeneca said on Thursday a combination of its cancer drug, Imfinzi, and chemotherapy showed promise in a late-stage trial in patients with an aggressive form of lung cancer, when given before surgery.

Data showed the combination was more effective in removing cancer cells in tissue samples taken during surgery when compared with just chemotherapy in patients with non-small cell lung cancer, the Anglo-Swedish drugmaker said.

The interim result is a boost to the company’s oncology efforts – a major area of focus – following disappointing data for Imfinzi earlier in the year in another area of therapy. (https://reut.rs/3nq1chi)

AstraZeneca added the trial would continue as planned to assess the additional main goal of event-free survival, and the interim data would be shared with health authorities globally.

Imfinzi belongs to the immunotherapy class of treatments, which boost the body’s defences to fight cancer by using antibodies that block or bind to foreign substances in the body. The treatment generated $2.41 billion in 2021 sales.

“Engaging the immune response with Imfinzi both before and after surgery is an exciting new strategy,” said Susan Galbraith, executive vice president of oncology R&D at AstraZeneca.

Non-small cell lung cancer is the most common form of lung cancer, accounting for about 85% of the estimated 2.2 million new cases of the disease diagnosed each year worldwide, according to the World Health Organization.

(Reporting by Amna Karimi and Pushkala Aripaka in Bengaluru; Editing by Sherry Jacob-Phillips and Anil D’Silva) 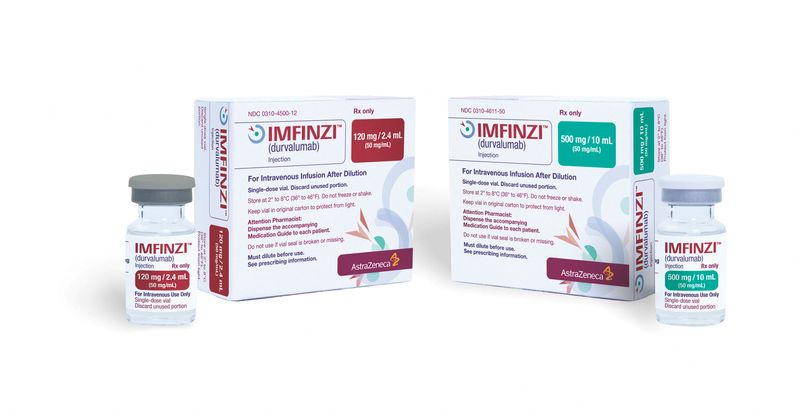