NEW YORK – The U.S. dollar’s share of currency reserves reported to the International Monetary Fund was 58.8% in the first quarter, unchanged from that of the last three months of 2021, IMF data showed on Thursday.

“The (IMF) data is not a major surprise after what happened in Ukraine … The dollar only got stronger and the euro got weaker, and I suspect those trends will not change much in the near term,” said Kenneth Broux, an FX strategist at Societe Generale in London.

The dollar index rose 2.7% in the first quarter, bolstered by the Federal Reserve’s monetary policy tightening. So far this year, the greenback has surged 10% against a basket of major currencies.

The U.S. central bank raised its benchmark overnight interest rate by a quarter of a percentage point at its policy meeting in March, following up with a 50-basis-point rate increase at its May meeting.

The Fed, however, raised rates by a hefty 75 basis points at its policy meeting earlier this month to stem a disruptive surge in inflation. It also projected a slowing economy and rising unemployment in the months to come.

The IMF data showed the Chinese yuan’s share of currency reserves at 2.8% in the first quarter, largely unchanged from the fourth quarter of last year. In absolute terms, however, central bank holdings of the yuan dipped 0.2% to $336.39 billion. The IMF started tracking the yuan’s share in 2017.

Against the U.S. dollar, the Chinese yuan slipped 0.2% in the first three months of this year, but it was down 5.3% since the beginning of 2022. 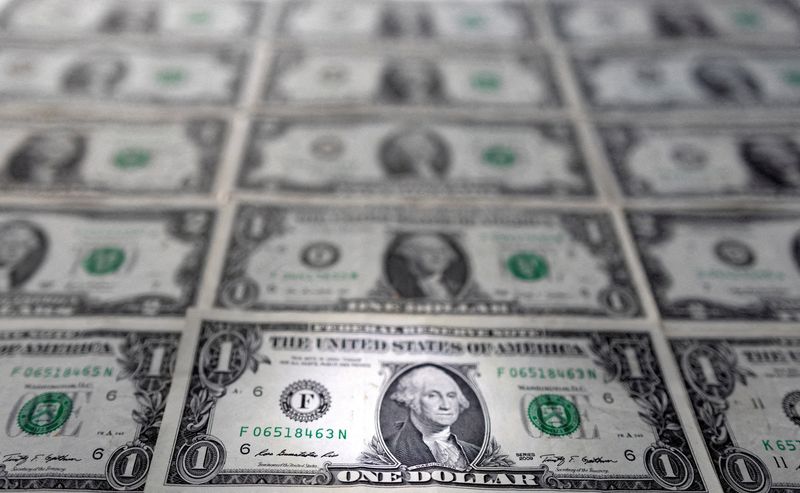