By Lawrence Hurley and Valerie Volcovici

WASHINGTON (Reuters) – The U.S. Supreme Court on Thursday imposed limits on the federal government’s authority to issue sweeping regulations to reduce carbon emissions from power plants in a ruling that undermines President Joe Biden’s plans to tackle climate change and could constrain various agencies on other issues.

The court’s six conservatives were in the majority in the decision authored by Chief Justice John Roberts, with the three liberals dissenting.

Biden called the ruling “another devastating decision that aims to take our country backwards.”

“While this decision risks damaging our nation’s ability to keep our air clean and combat climate change, I will not relent in using my lawful authorities to protect public health and tackle the climate crisis,” Biden said in a statement https://www.whitehouse.gov/briefing-room/statements-releases/2022/06/30/statement-by-president-joe-biden-on-supreme-court-ruling-on-west-virginia-v-epa.

The Democratic president said he directed his legal team to work with the Justice Department and affected agencies to review the ruling and find ways under federal law to protect against pollution including emissions that cause climate change.

The ruling is likely to have implications beyond the EPA as it raises new legal questions about any big decisions made by federal agencies. The court’s conservative majority has signaled skepticism toward expansive federal regulatory authority. Conservative legal activists have long advocated reducing agency power in what has been called a “war on the administrative state.”

The justices overturned a 2021 decision by the U.S. Court of Appeals for the District of Columbia Circuit that had struck down Republican former President Donald Trump’s Affordable Clean Energy rule. That regulation, which Biden’s administration does not plan to retain, would impose limits on a Clean Air Act provision called Section 111 that provides the EPA authority to regulate emissions from existing power plants.

Trump’s rule was meant to supplant Democratic former President Barack Obama’s Clean Power Plan mandating major reductions in carbon emissions from the power industry. The Supreme Court in 2016 blocked implementation of Obama’s plan, which used Section 111 to spur an electric-generation shift from coal to cleaner energy sources, without ruling on its lawfulness.

Amanda Shafer Berman of law firm Crowell & Moring, a senior environmental attorney in Obama’s Justice Department, said the ruling was “about the best that EPA could have hoped for given the current composition of the court.” Berman said the EPA can now proceed to issue a new rule that regulates power plant carbon dioxide emissions “albeit in a more limited way than envisioned” under Obama’s plan.

Thursday’s ruling was based on what is called the “major questions” legal doctrine that requires explicit congressional authorization for action on issues of broad importance and societal impact. The justices in January appeared to embrace that theory when it blocked the Biden administration’s vaccine-or-test policy for larger businesses, a key element of its plan to combat the COVID-19 pandemic.

The court’s invocation of this doctrine sends a signal that the justices will be a major obstacle to federal agencies seeking to implement broad policies of national importance.

The decision will constrain the EPA’s ability to issue any regulations on power plants that push for an ambitious a national shift in energy policy toward renewable sources. As such, it will hamstring the administration’s ability to curb the power sector’s emissions, about a quarter of U.S. greenhouse gases.

West Virginia Attorney General Patrick Morrisey called the ruling a “huge victory against federal overreach and the excesses of the administrative state.”

Roberts wrote that while capping carbon emissions at a level that would force a nationwide energy transition might be sensible “it is not plausible that Congress gave EPA the authority to adopt on its own such a regulatory scheme.”

Writing in dissent, liberal Justice Elena Kagan noted that the court chose to hobble Biden’s climate agenda before his administration even issued its rule.

“The limits the (court’s) majority now puts on EPA’s authority fly in the face of the statute Congress wrote,” Kagan said, adding that the court “deprives EPA of the power needed – and the power granted – to curb the emission of greenhouse gases.”

Kagan said the court has a clear goal: “Prevent agencies from doing important work, even though that is what Congress directed.”

Biden’s administration wants the U.S. power sector decarbonized by 2035. The United States, behind only China in greenhouse gas emissions, is a pivotal player in efforts to combat climate change on a global basis.

Thursday’s decision came on the final day of rulings for the court’s current nine-month term.

(Reporting by Lawrence Hurley; Additional reporting by Valerie Volcovici; Editing by Will Dunham) 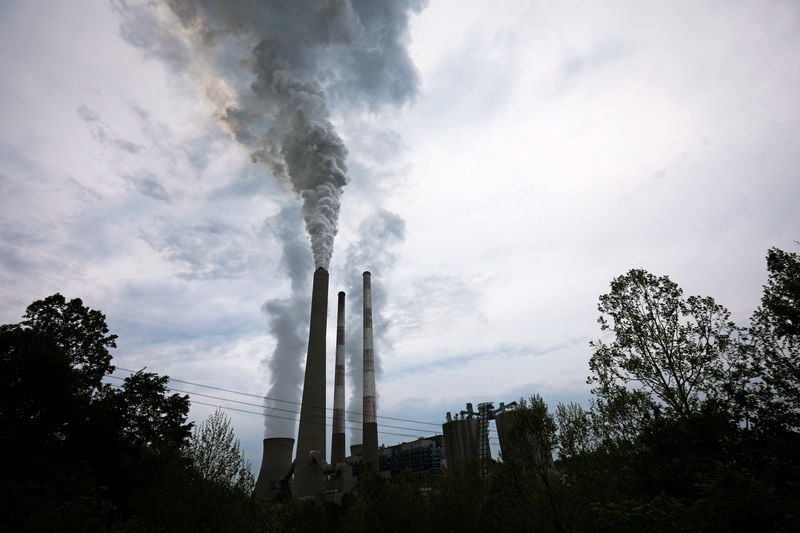 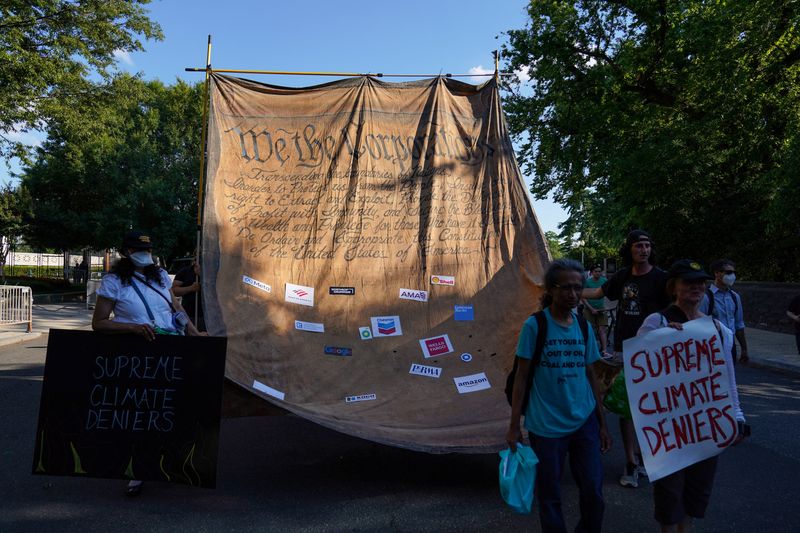 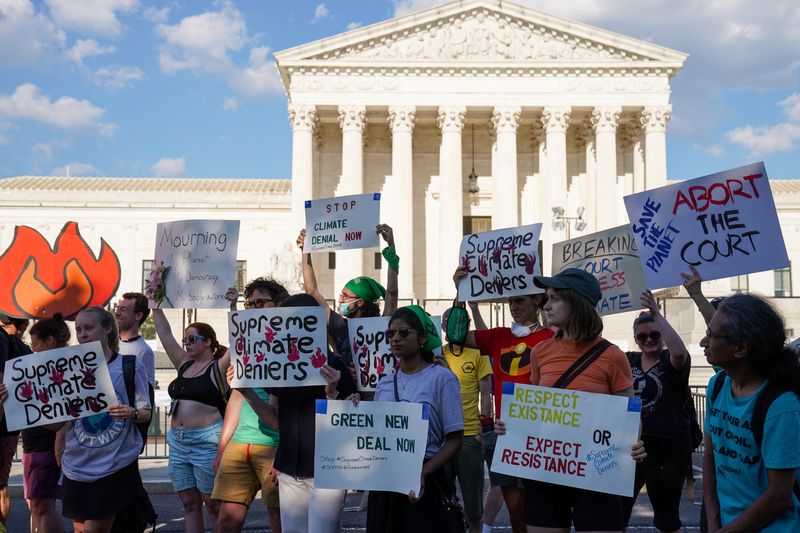 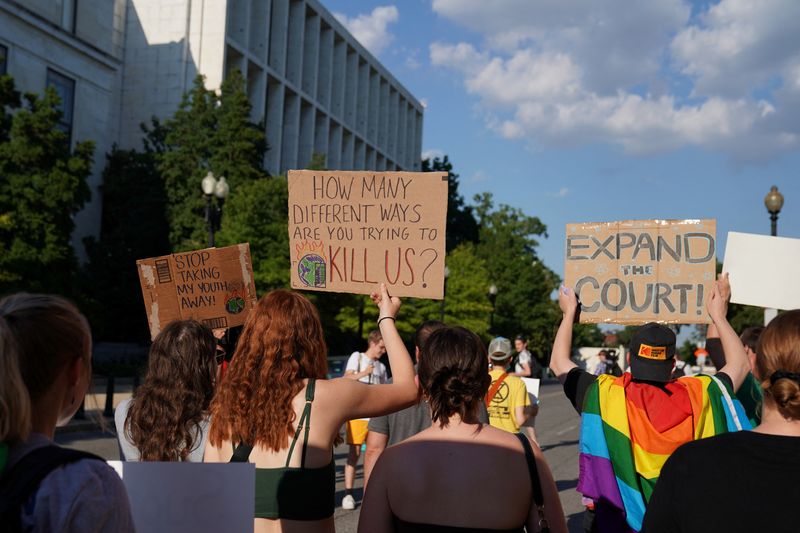 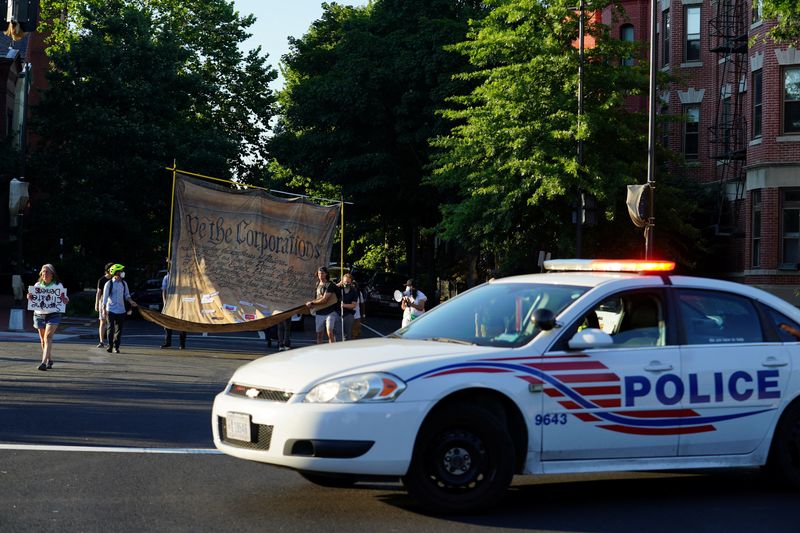