WASHINGTON -The U.S. Supreme Court on Thursday agreed to hear a Republican-backed appeal that could give state legislatures far more power over federal elections by limiting the ability of state courts to review their actions, taking up a North Carolina case that could have broad implications for the 2024 elections and beyond.

The justices took up the appeal by Republican state lawmakers of a February decision by North Carolina’s top court to throw out a map delineating the state’s 14 U.S. House of Representatives districts approved last year by the Republican-controlled state legislature.

The North Carolina Supreme Court determined that the boundaries for the districts were drawn by the legislature in a manner that boosted the electoral chances of Republicans at the expense of Democrats. It rejected Republican arguments seeking to shield legislature-drawn maps from legal attack in state courts.

“This case is not only critical to election integrity in North Carolina, but has implications for the security of elections nationwide,” Moore said.

“In a radical power grab, self-serving politicians want to defy our state’s highest court and impose illegal voting districts upon the people of North Carolina,” said Bob Phillips, executive director of Common Cause, a voting rights group that is among the plaintiffs challenging the legislature’s map.

In March, the U.S. Supreme Court rejected a Republican request to put on hold the lower court rulings that adopted the court-drawn map, a decision seen as boosting Democratic hopes of retaining their slim House majority in the November midterm elections. Conservative Justices Samuel Alito, Clarence Thomas and Neil Gorsuch dissented from that decision.

The Republican lawmakers said the state court impermissibly imposed its own policy determination for how much partisanship can go into crafting congressional lines. They acknowledged that the case would have an impact beyond redistricting, extending to “the whole waterfront of voting issues, from absentee voting deadlines to witness requirements, voter ID to curbside voting.”

The U.S. Supreme Court will hear the case in its next term, which begins in October, with a decision due by June 2023. The ruling is not expected to come before this November’s elections but could apply to 2024 elections including the presidential race.

Two groups of plaintiffs, including Democratic voters and an environmental group, sued after North Carolina’s legislature passed its version of the congressional map last November. The plaintiffs argued that the map violated the North Carolina state constitution’s provisions concerning free elections and freedom of assembly, among others.

The North Carolina Supreme Court struck down the map on Feb. 4, concluding that the way the districts were crafted was intentionally biased against Democrats, diluting their “fundamental right to equal voting power.”

A lower state court on Feb. 23 rejected a redrawn map submitted by the legislature and instead adopted a new map drawn by a bipartisan group of experts. According to some redistricting analysts, the new map includes seven Republican districts likely to be won by Republicans, six likely to be won by Democrats and one competitive seat.

The dispute is one of numerous legal battles in the United States over the composition of electoral districts, which are redrawn each decade to reflect population changes measured in a national census, last taken in 2020. In most states, such redistricting is done by the party in power, which can lead to map manipulation for partisan gain.

The Supreme Court in 2019 barred federal judges from curbing the practice, called partisan gerrymandering. Critics have said that such gerrymandering warps democracy.

The North Carolina Republicans’ defense of the legislature’s map relies on a contentious legal theory called the “independent state legislature doctrine” that is gaining traction in conservative legal circles and, if accepted, would vastly increase politicians’ control over how elections are conducted.

Under that doctrine, the U.S. Constitution gives legislatures, not state courts or other entities, authority over election rules including the drawing of electoral districts.

The doctrine is based in part on language in the Constitution stating that the “times, places and manner” of federal elections “shall be prescribed in each state by the legislature thereof.” In their appeal to the Supreme Court, the Republican lawmakers decried the “state supreme court’s usurpation of that authority.” 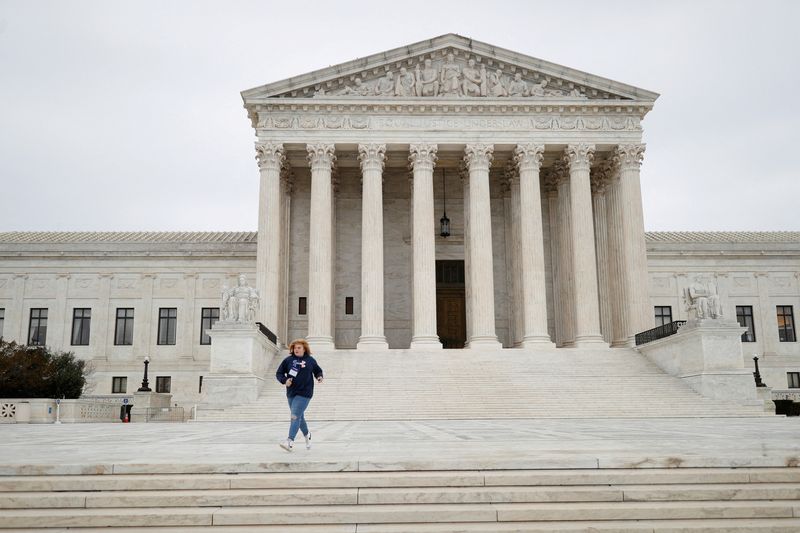