LONDON – Britain racked up a record shortfall in its current account in early 2022, in part due to the soaring cost of its fuel imports, according to data that officials cautioned could be revised.

The balance of payments deficit – a measure of how much the country relies on money from abroad – ballooned to 51.7 billion pounds ($62.8 billion) or 8.3% of gross domestic product in the January-March period.

Data from the Office for National Statistics also showed the increasing strain on households as their real disposable income shrank for the longest period on record.

The statistics office said the current account figures were subject to more uncertainty than usual due to the impact of post-Brexit changes in how data is collected for goods imports and foreign direct investment, which are being investigated.

Economists polled by Reuters had expected a deficit of just under 40 billion pounds.

The shortfall was the biggest in records going back to 1955.

Samuel Tombs, an economist with Pantheon Macroeconomics, said oil and gas prices had risen further since early 2022 and Britain’s current account gap would come under further strain as tourism resumes which causes money to flow out of the country.

Sterling is on course for its biggest six-month drop against the U.S. dollar since 2016, the year of the Brexit referendum but was little changed after Thursday’s figures.

Mark Carney, a former Bank of England governor, warned in 2016 that Britain was reliant on the “kindness of strangers” to finance its current account deficit.

The statistics office said the primary account swung back into the red after a rare surplus in the last three months of 2021 as investment-related flows, including dividends, out of the country outweighed income from British assets abroad.

Stripping out the effect of trade in precious metals – which the office views as a distortion due to London’s role as a gold-trading hub – the current account deficit matched a previous record from the last three months of 2015 at 7.1% of GDP.

The statistics office also said a measure of households’ disposable income fell in real terms for the fourth quarter in a row, the longest such run on record, underscoring the scale of the inflation hit to consumers.

Bank of England Governor Andrew Bailey said on Wednesday it was “very clear” that Britain’s economy was at a turning point and was starting to slow.

Many economists expect the economy to shrink in the April-June period due to inflation at a 40-year high of 9.1%, an extra bank holiday and the end of mass COVID-19 testing and vaccination programmes. But the economy is mostly expected to return to growth, albeit weakly, in the third quarter.

Britain’s economy grew 0.8% in the first three months of 2022, the same pace as previously thought, the statistics office said. Gross domestic product was 0.7% larger than in the fourth quarter of 2019, the last full quarter before the COVID-19 pandemic.

Households did not dip further into their lockdown savings to finance their spending. The saving ratio held at 6.8% of disposable income, still above its level of 6.0% immediately before the pandemic. 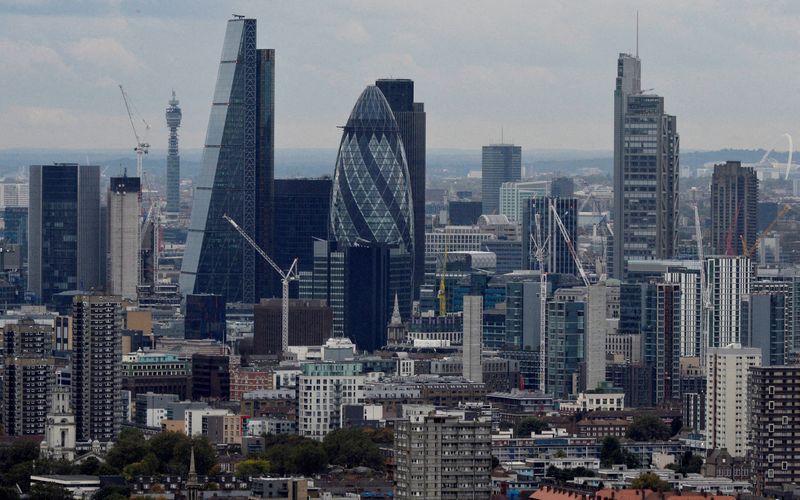