WASHINGTON – The U.S. Supreme Court’s conservative majority has shown in its blockbuster abortion ruling and other high-profile decisions in recent days that it is fearless when it comes to overturning – and even ignoring – historic precedents.

And the conservative justices, with a 6-3 majority, may just be getting started, even as their current term came to a close on Thursday.

Among the cases the court already has taken up for its next term, starting in October, are two that give its conservative bloc an opportunity to end college and university policies considering race in admissions to achieve more student diversity – an approach the court upheld in a 2003 precedent and reaffirmed in 2016. Another case in the coming term involving federal protections for waterways will put a further precedent to the test.

The court in a flurry of recent rulings has overturned or undermined its own decades-old precedents.

“I think the most conservative justices dislike much of modern American law and are actively changing it. They aren’t going to let precedent get in their way,” University of Virginia Law School professor Douglas Laycock said.

In the abortion ruling, called Dobbs v. Jackson Women’s Health Organization, the court overturned the landmark 1973 Roe v. Wade decision that legalized the procedure nationwide, as well as one from 1992 that reaffirmed it. The conservative majority also consigned to oblivion rulings from 2016 and 2020 that struck down Republican-backed state abortion restrictions.

Conservative Justice Clarence Thomas has been forthright about his willingness to ditch Supreme Court precedent.

“When faced with a demonstrably erroneous precedent, my rule is simple: We should not follow it,” Thomas wrote in a concurring opinion in a 2019 case.

That Thomas opinion focused on “stare decisis,” a Latin term referring to the legal principle that courts should not overturn precedents without a special reason. Conservative Justice Samuel Alito seemed to take the same view in the June 24 abortion ruling https://www.supremecourt.gov/opinions/21pdf/19-1392_6j37.pdf, writing that the Roe landmark was “egregiously wrong.”

Thomas in the abortion case caused considerable alarm on the left by writing in his concurring opinion that the court should consider overturning other precedents protecting individual freedoms including the 2015 ruling that legalized gay marriage, the 2003 ruling that ended state bans on same-sex intimacy and the 1965 decision that protected access to birth control.

In a June 27 religious rights ruling, the court took a slightly different approach to precedent when it further narrowed the separation of church and state in a decision in favor of a public high school football coach who was suspended by the local school district for leading prayers on the field with players after games.

The court effectively overruled a 1971 precedent that had outlined how to determine if a government has violated what is called the “establishment clause” of the U.S. Constitution’s First Amendment, which prohibits governmental endorsement of religion, although it did not explicitly say so.

Instead, conservative Justice Neil Gorsuch wrote that the court “long ago abandoned” the prior ruling and subsequent decisions that had built upon it. Liberal Justice Sonia Sotomayor wrote in a dissenting opinion that nothing in the court’s previous cases “support this court’s decision to dismiss that precedent entirely.”

David Gans, a lawyer at the liberal Constitutional Accountability Center, said the court did not appear to want to acknowledge a “sea change” in the law.

Conservatives have long complained about affirmative action policies used by many colleges and universities to increase their numbers of Black and Hispanic students. The cases the court will hear involve Harvard University and the University of North Carolina.

The court also will consider limiting the scope of a landmark federal environmental law that regulates waterways in a case in which the challengers have asked the court to reconsider a 2006 precedent.

Among other major cases next term, the court will hear an appeal by North Carolina Republicans that could give state legislatures far more power over federal elections by limiting the ability of state courts to review their actions.

Another case could further weaken the landmark 1965 Voting Rights Act enacted to protect Black and other minority voters in a dispute over Republican-drawn U.S. House of Representatives districts in Alabama.

The court throughout its history has occasionally explicitly overturned its precedents, starting in 1810 when it threw out a ruling from just two years earlier, according to a federal government database that lists 234 such cases.

In recent years, the court was most willing to overturn precedent in 2019, when it did so four times.

The court has found over time “lots of ways to evade, distinguish or overrule precedent,” Laycock said, adding that a liberal majority likely would do the same thing.

(Reporting by Lawrence Hurley; Editing by Will Dunham and Scott Malone) 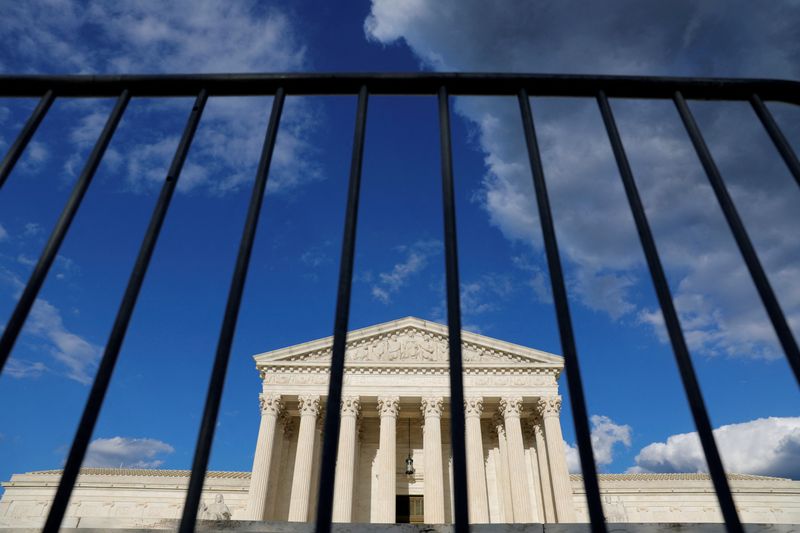