FRANKFURT – Euro zone inflation hit yet another record high in June as price pressures broadened, and its peak could still be months away, firming the case for rapid European Central Bank rate hikes starting this month.

Consumer price growth in the 19 countries sharing the euro accelerated to 8.6% from 8.1%, Eurostat said on Friday, higher than expectations for 8.4% and driven primarily by energy prices even as food and services also made a marked contribution.

Inflation has risen steadily for more than a year now, initially fuelled by post-pandemic supply shocks and now by energy prices on the fallout of Russia’s war on Ukraine.

At more than four times the ECB’s 2% target, inflation is so high it is at risk of getting stuck at uncomfortable levels as businesses and workers adjust their pricing and wage behaviours to the new reality.

Indeed, even if volatile food and fuel prices are filtered out, “core” inflation remained well above the ECB’s target, distressing reading for policymakers as it suggests perpetuating price growth via so-called second round effects.

Inflation excluding food and fuel prices accelerated to 4.6% from 4.4%, although an even narrower measure, which also excludes alcohol and tobacco, slowed to 3.7% from 3.8%.

Fuel prices rose by 41.9% in June while food costs increased by 11.1%, a particular concern for governments because lower income families spend a disproportionate portion of their cash on these items.

June inflation would have been even higher, analysts say, if Germany did not introduce temporary relief measures on fuel and transport, supporting arguments that further price pressure are still in the pipeline.

Adding to inflation pressures, unemployment fell to a record low 6.6% in May and with apparent labour shortages crippling parts of the services sector, jobs growth could persist, pressuring wages and ultimately inflation.

With a new “inflation regime” threatening longer term price stability, central banks around the world are now tightening policy quickly, even at the cost of slowing or even crashing growth.

Lagging its peers for many months, the ECB will also start raising rates this month, initially by 25 basis points, but Friday’s data strengthens the case for a bigger, 50 basis point move in September.

Rates will then continue to rise, though policymakers disagree on just how much more will be needed as growth slows and threats of gas supply cuts raise the prospect of a recession.

Markets price in a combined 143 basis points of rate hikes by the end of the year, indicating that increases are expected at every policy meeting over the rest of the year, with several of these in excess of 25 basis points.

At minus 0.5%, the ECB’s deposit rate has been in negative territory since 2014. 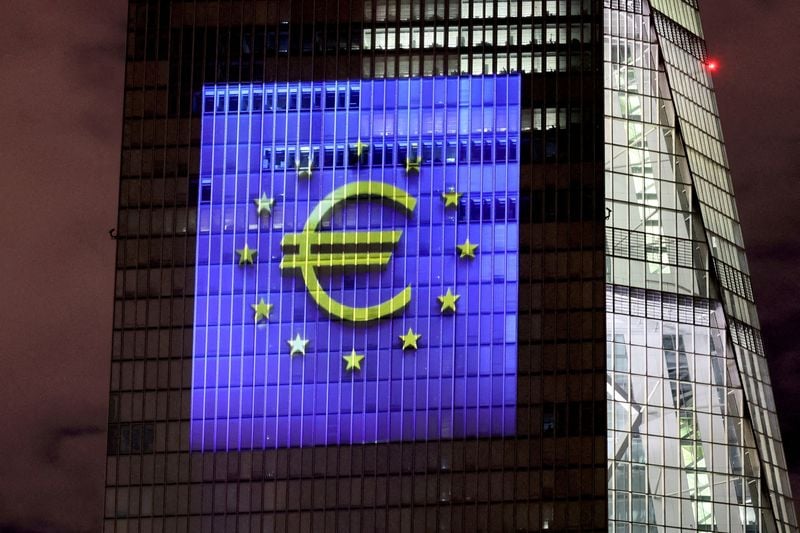