KABUL -The reclusive supreme leader of the Afghan Taliban hailed the Islamists’ 2021 takeover of Afghanistan during a meeting on Friday called to forge national unity and attended by religious leaders from around the country.

Taliban spokesmen confirmed that Haibatullah Akhundzada, who is based in the southern city of Kandahar, had come to the capital Kabul for the all-male gathering of some 3,000 participants.

After receiving pledges of allegiance from participants raising their hands, Akhundzada praised the Taliban’s victory last August, which marked the end of a 20-year struggle to overthrow a Western-backed government and drive U.S.-led forces out of the country.

“The success of the Afghan jihad is not only a source of pride for Afghans but also for Muslims all over the world,” he said according to state-run Bakhtar News Agency, using the Arabic word signifying a spiritual struggle.

When the Islamist movement announced its interim government in September, Akhundzada retained the role he has held since 2016 of supreme leader, the group’s ultimate authority, but he is rarely seen publicly.

His address to the gathering comes a week after a deadly earthquake hit eastern Afghanistan, exposing the lack of support the Taliban can count on from the international community.

The Afghan economy has plunged into crisis as Western governments have withdrawn funding and strictly enforced sanctions, saying that the Taliban government needs to change course on human rights, especially those of women.

In Thursday’s speech, Akhundzada asked traders to return and invest in the country, saying overseas aid could not build the economy and would make Afghans more dependent on foreign money.

“Thank God, we are now an independent country. (Foreigners) should not give us their orders, it is our system and we have our own decisions,” he said according to Bakhtar.

“We have a relationship of devotion to one God, we cannot accept the orders of others who God does not like,” he said.

He said the group wanted peace and security and that neighbouring nations had nothing to fear.

The Kabul gathering began on Thursday under tight security.

Taliban spokesmen told a press conference that participants had divided into committees to discuss their opinions and would share their requests with the administration on Saturday. He did not elaborate on what issues the committees were discussing.

At least one participant had called for girls’ high schools to be opened but it was unclear how widespread support was for that proposal.

“This gathering is about trust, interaction, we are here to make our future according to Islam and to national interests,” he said.

The Taliban went back on an announcement that all schools would open in March, leaving many girls who had turned up at their high schools in tears and drawing criticism from Western governments.

Taliban spokesman Zabihullah Mujahid said that they would respect the decisions of those at the meeting but the final say on girls’ education was up to the supreme leader.

A hardline cleric whose son was a suicide bomber, Akhundzada has spent most of his leadership in the shadows, letting others take the lead in negotiations that ultimately saw the United States and their allies leave Afghanistan last August after 20 years of fighting a grinding counter-insurgency war. 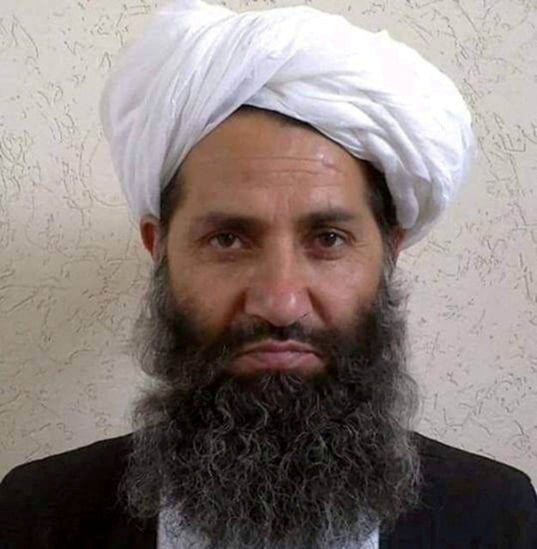