SEOUL -South Korea’s inflation last month hit the highest since the Asian financial crisis more than two decades ago, adding to signs of building strains on the open, trade-dependent economy and fanning expectations of a big rate hike by the central bank.

Data showed on Tuesday the consumer price index grew a slightly faster-than-expected 6.0% in June over a year earlier – the highest since November 1998 – while other data showed foreign exchange reserves shrank by the most since late 2008.

Economists and market experts dismissed any immediate risk of Asia’s fourth-largest economy falling into a crisis as it has several times in the past, thanks to significant improvements in its international balance of payment and debt profile.

But some warned the government and central bank were facing a difficult period.

“Policymaking will become all the more difficult as they have a mix of upside inflation risks and downside economic growth risks continuing for the time being,” said Park Seok-gil, an analyst at JPMorgan Chase Bank.

The high inflation reading did reinforce the case for the central bank’s increase of the policy interest rate by unprecedented 50 basis points at its meeting next week.

South Korea’s vulnerability to external shocks, given its heavy reliance on foreign trade and cross-border capital flows, has seen it come under pressure with rising fund outflows from the local stock market and the falling value of the won.

Reflecting the strain, the credit default swap premium on the country’s five-year global sovereign bonds has shot up 30.57 basis points this year to date to 52.54, the highest since the early days of COVID-19 pandemic in early 2020.

Local financial markets showed no sign of panicking on Tuesday, with the perception that problems facing the country were mostly from abroad and a global trend. Stock, bond and currency markets all posted small gains.

Still, pressure is building over the government of conservative President Yoon Seok-yeol, who started work just two months ago and has yet to provide a broad policy blueprint on how to make a difference from his liberal predecessor.

President Yoon has ordered a reform of the public sector, calling for sell-off of idle assets and savings in expenditure, while promising that he would preside over an emergency meeting on the economy every week.

Since Yoon took office, the central bank has been selling dollars to tame the won currency’s plunge to the weakest since the 2008-2009 global financial crisis from unnerving investors while at the same time dealing with a sustained capital outflows from the stock market.

The Bank of Korea said on Tuesday it sold part of its foreign exchange reserves for a fourth consecutive month in June to “ease volatility in the foreign exchange market”, a phrase used to describe its intervention.

It did not disclose how much it sold, but the intervention as well as the dollar’s spurt against the other major currencies caused the dollar value of its foreign reserves to shrink by $9.43 billion in June.

Currency traders shrugged off the drop in foreign exchange reserves, saying it was largely expected and also attributable to changes in the dollar’s value, while cautioning further sharp and disorderly changes could be problematic.

South Korea’s foreign reserves were ranked the ninth in the world at the end of May and at $438.28 billion, were enough to cover more than seven months of imports based on the monthly average amount for this year. 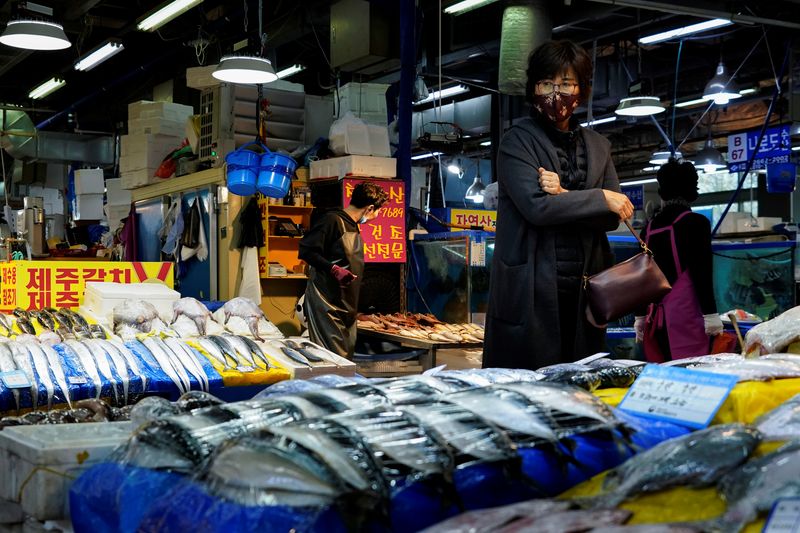