LONDON – A stampede for dollars as global recession risks mount has left other currencies battered and bruised, with the euro getting trampled on more than most as surging European gas prices worsen economic growth fears.

Analysts predict the single currency, which on Tuesday hit its weakest since 2002, will soon fall to parity.

The euro is seen as particularly vulnerable given Germany, Italy and others’ heavy dependence on Russian gas, and fears that sizeable European Central Bank rate hikes could reignite another euro zone debt crisis.

“All of this means the euro will fall further and markets are waking up to that,” said Jordan Rochester, FX strategist at Nomura Securities. “We are looking for parity and the question is whether that is too small a move or whether it can go lower. We think it can.”

Below are a series of charts laying out the challenges.

The euro has lost 10% versus the dollar this year and at $1.0238 is close to the psychologically crucial parity point it last saw in mid-2002, when it was just three years old.

It has also hit new seven-year lows versus the Swiss franc and dropped against the sterling and the yen, but few observers are willing to call a bottom yet.

Nomura’s analysts have cut their euro/dollar target to $0.95 and said parity could be breached as soon as August. Citibank says a move to parity is “inevitable.”

However, Nomura said that $0.95 was not that important historically, noting that the euro fell from $1.17 after its creation to $0.82 in October 2002. Extrapolating backwards using its legacy currencies, the euro traded as weak as $0.6444 in February 1985, they added.

Surging gas prices and warnings of a big cut in Russia’s supply are driving concern of a major European energy crisis this winter.

Natural gas prices have doubled from June lows and soared 465% over the last year. A huge pipeline maintenance row has blown up between Russia and Germany; the euro area imported about 40% of its energy needs from Russia just before the war in Ukraine broke out.

Added to that, Norwegian oil workers have just gone on strike, which could take 292,000 barrels of the oil equivalent of natural gas out of the market.

Economists expect the euro area to slip into recession faster than rivals. Nomura expects the euro economy to fall into recession by the third quarter with a total decline in GDP of 1.7%.

A spike in bond yields is further stoking recession risks. European government borrowing costs have risen faster in the past fortnight compared with the United States, indicating a quicker tightening of financial conditions.

“Recession risks and the downgrades to European growth that we are seeing are all driving these (euro) moves,” said Grace Peters, EMEA head of investment strategy at JPMorgan Private Bank.

The euro’s slump is another headache for the European Central Bank (ECB), which is grappling with record-high inflation since a weak currency fuels import prices.

The ECB is widely expected to start hiking rates this month, its first increase since 2011.

A significantly weaker currency would normally worry the ECB, but on a trade-weighted basis, which policymakers tend to track, the euro has held up far better. 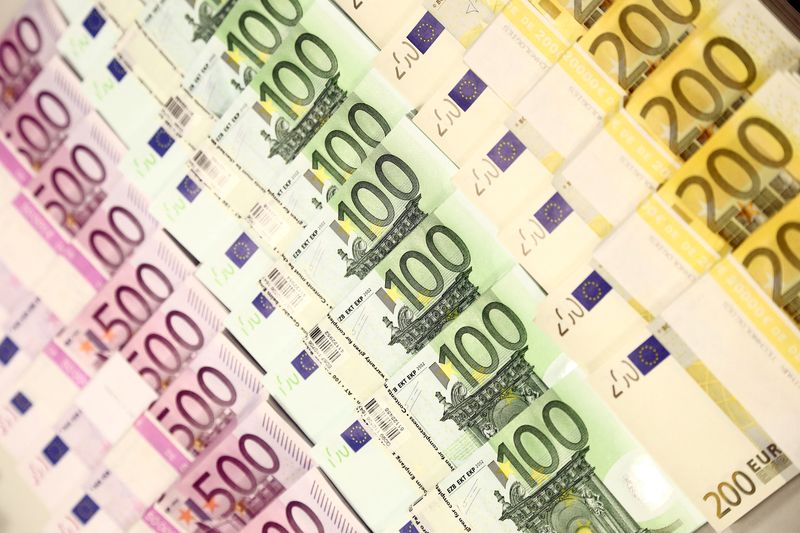