By Natalia A. Ramos Miranda

SANTIAGO – As Chilean school kids start winter vacation, they leave behind a semester marked by violence. Several high schools around Santiago were taken over by students; one was set on fire while hooded youths clashed with police and burned city buses.

In June, the prestigious Internado Nacional Barros Arana (INBA) high school in Santiago was temporarily shut over “severe” violence, including the principal’s office being set ablaze.

In a country that has seen rapid but uneven development in recent decades, angry protests by students over expensive and poor-quality school and university education have become more frequent.

For youngsters, that is now exacerbated, experts say, by pandemic-related behavior issues. Although some signs of negative long-term effects of coronavirus lockdowns on children have been seen elsewhere, Chile seems to be particularly hard hit.

The main impact had been on teens and preteens returning to school after going through puberty in isolation, she said.

Chile’s Education Superintendent reported a 56% jump in violent incidents in the last semester compared to 2018 and 2019 before the pandemic, a surge that has troubled politicians, psychologists and teachers.

“After these two years they chafe more with authority and discipline. There’s a rejection of authority figures,” said Esteban Abarca, a high school teacher at the INBA school in Santiago.

“It’s not comfortable for anyone to be in class when they’re burning things or attacking the principal.”

Chilean students’ history of protest goes back to mobilizations against the dictatorship of Augusto Pinochet in the 1970s and 1980s. Students – including current President Gabriel Boric – led demonstrations to demand education reforms in 2006 and 2011, and in 2019 more widespread protests saw months of rioting, with metro stations and churches burned.

Florencia Acevedo, a 16-year-old high school student in Santiago, said protests were the only way to be heard and while she did not agree with bus burnings or clashes with the police, she sympathized with the anger students felt.

“I understand those who do it because you act with rage sometimes, shame and pain,” she said, citing issues like schools missing basic infrastructure, including doors and decent bathrooms.

“Adults don’t take students seriously so we take over schools, because if we try to talk they don’t listen,” Acevedo said. “We regretfully live in a society that reacts to violence. If I give you violence, you give me what I want.”

Indigenous violence in the south has hit Boric’s popularity, while a new constitution that was meant to help iron out deep-seated issues of inequality is at risk of failing to win enough support.

“The problems that occur in school communities are a reflection of the problems we have as a society,” Avila said. 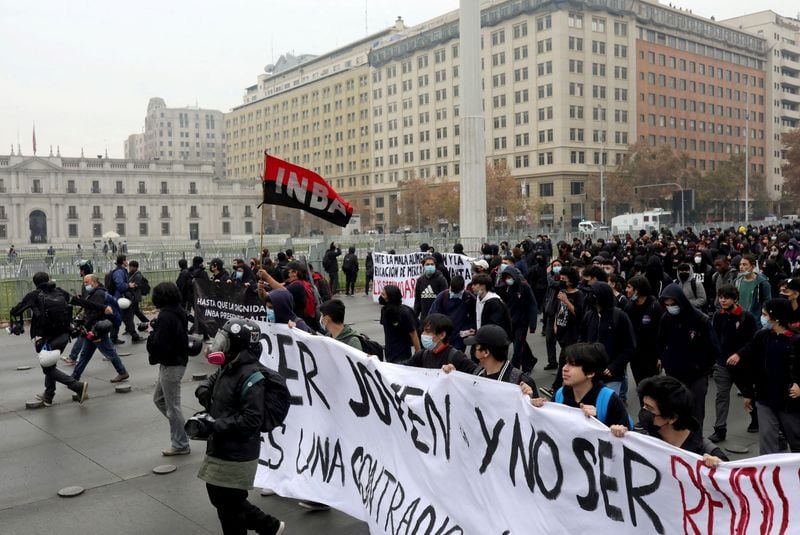 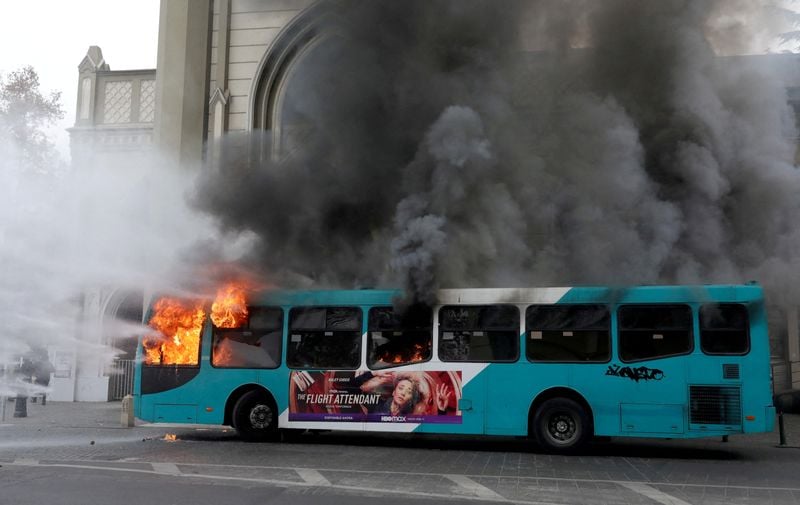