NEW YORK – Oil plummeted about 9% on Tuesday in the biggest daily drop since March on growing fears of a global recession and lockdowns in China that could slash demand.

Both benchmarks logged their biggest daily percentage decline since March 9 and hit share prices of major oil and gas companies.

“We’re getting creamed and the only way you can explain that away is fear of recession,” said Robert Yawger, director of energy futures at Mizuho. “You’re feeling the pressure.”

Oil futures sank along with natural gas, gasoline and equities, which often serve as demand indicator for crude.

Shanghai said it would begin new rounds of mass testing of its 25 million residents over a three-day period, citing an effort to trace infections linked to an outbreak at a karaoke bar.

Concerns that U.S. summer driving season demand would fall off after the Fourth of July holiday also appeared to weigh on the market, Kissler said.

The Dow Jones Industrial Average slipped about 1% while the S&P 500 Index fell less than 1%. U.S. prices for natural gas dropped 4.7%, heating oil fell about 8% and gasoline for delivery at New York Harbor fell 10.5%.

If a recession does hit, and takes a significant bite out of energy demand, more wild swings to the downside could be in store, said Andy Lipow, president of consultancy Lipow Oil Associates.

“The commodity market can be quite unforgiving when you go into a recession and supplies outstrip demand,” Lipow said.

Meanwhile, safe-haven demand for U.S. Treasuries boosted the dollar by about 1.3%, which in turn weighed on greenback-denominated oil as it becomes more expensive for buyers holding other currencies. [USD/]

The euro tumbled to a two-decade low as data showed business growth across the euro zone slowed further last month, with forward-looking indicators suggesting the region could slip into decline this quarter as the cost of living crisis keeps consumers wary.

In South Korea, inflation hit a near 24-year high in June, adding to concerns about slowing economic growth and oil demand.

Supply concerns still linger, initially lifting WTI and Brent earlier in the session, due to expected output disruption in Norway, where offshore workers began a strike.

Late in the session, the Norwegian government intervened to stop the strike that had cut oil and gas output, a labour union leader told Reuters.

Meanwhile, Russia’s former President Dmitry Medvedev said a reported proposal from Japan to cap the price of Russian oil at about half its current level would mean less oil on the market and could push prices above $300-$400 a barrel. 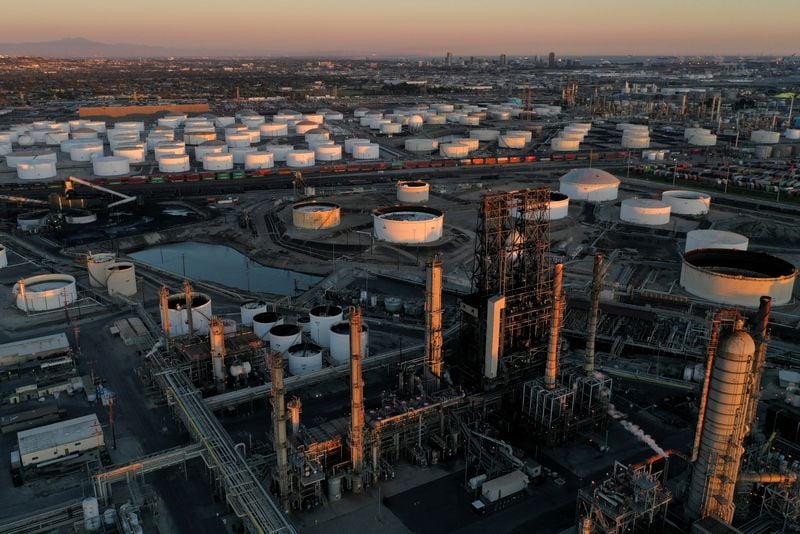