TORONTO – Canadian government spending is leaving the Bank of Canada to work alone to rein in the highest inflation rate in nearly four decades, economists say.

When the pandemic began, Ottawa funneled money to struggling individuals and businesses while the central bank slashed rates and bought bonds. Both wanted to help make up for a shortfall in demand.

Now that the economy has fully recovered, a shortfall of supply, not demand, has become the major economic challenge, helping push inflation to 7.7% in May.

The central bank is aggressively raising rates, but government spending remains expansive and is increasingly seen as one of the main drivers of inflation.

“The only thing that the government can do is to contribute to a reduction in demand by reining in expenditures a little bit,” said David Dodge, a former Governor of the Bank of Canada and senior advisor at Bennett Jones law firm.

“They have announced some planned spending going forward. They could simply delay it. That would be a very real contribution.”

The BoC has said that it may need to raise its policy interest rate to 3% or higher to slow the economy enough to tame inflation. More government help would ease the Bank of Canada’s task.

A 2.3% reduction in government consumption through 2024 would be equivalent to a 75 basis points reduction in the peak policy interest rate, Scotiabank economists, including Jean-François Perrault, estimated in a recent note.

On Monday, a Bank of Canada survey showed that 23% of Canadians think that high government spending is one of the main factors making it difficult to control inflation, up from 19% three months ago. Supply chain issues and the persistence of the pandemic were the top factors cited.

Canada’s budget deficit is projected to decline to 2% of GDP in the current fiscal year, down from a peak of 14.9% in 2020-21, the lowest in the G7. But Canada could do more as government revenue benefits from surging commodity prices.

Last month, Finance Minister Chrystia Freeland outlined C$8.9 billion ($6.8 billion) of previously announced spending that focuses on easing the cost of living for Canadians in the face of rising inflation.

Freeland said Canada is taking a “responsible and balanced approach” to inflation, though she did not rule out doing more to mitigate price increases.

“The level of government spending, it’s looking like it is going to remain permanently higher than before the pandemic,” said senior Canada economist Stephen Brown at Capital Economics.

“Just as central banks and governments were united in stimulating our way out of the pandemic, they now need to act in the opposite direction to clamp down on the excess demand pressures that are driving inflation,” said Sal Guatieri, senior economist at BMO Capital Markets. 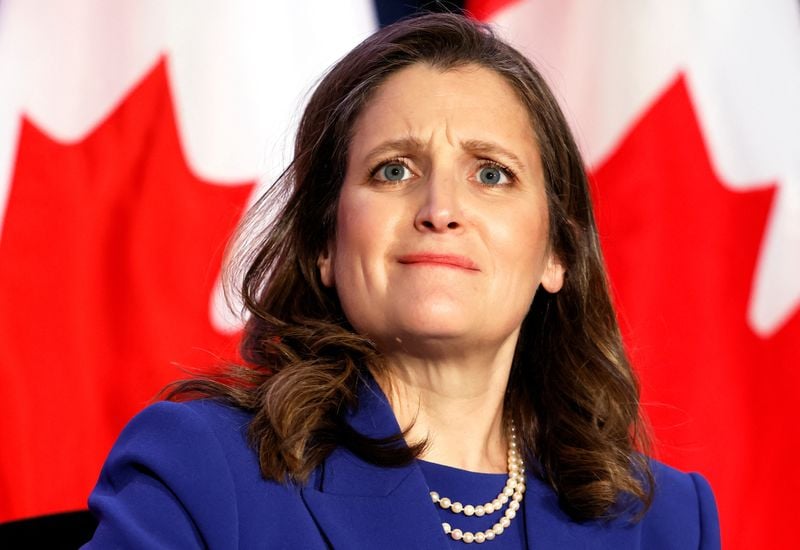