By Guglielmo Mangiapane and Roberto Mignucci

CANAZEI, Italy -Italian rescue teams on Wednesday found two more victims of the glacier collapse in the Alps that is feared to have killed up to 12 people and is being blamed on rising temperatures.

At least nine people are now confirmed to have been killed in the avalanche on Sunday on the Marmolada, which at more than 3,300 metres (10,830 feet) is the highest peak in the Dolomites, a range in the eastern Italian Alps straddling the regions of Trento and Veneto.

Maurizio Fugatti, president of the Trento region, said that searches using drones would continue as a further three people, all Italian, remain unaccounted for.

A police team specialised in DNA analysis has also been drafted in to help with the identification process.

Much of Italy has been baking in an early-summer heatwave and scientists said climate change was making previously stable glaciers more unpredictable.

Rescue coordinators hope to supplement the work of drones and helicopters by sending a team of experts and search dogs to the lower part of the site on Thursday, when the weather is forecast to be clearer.

Parts of the mountain will remain shut off to tourists to allow rescue teams to operate and prevent climbers from accessing potentially dangerous areas.

The local Fassa Valley will hold a day of mourning on Saturday to honour the victims, who include two tourists from the Czech Republic. 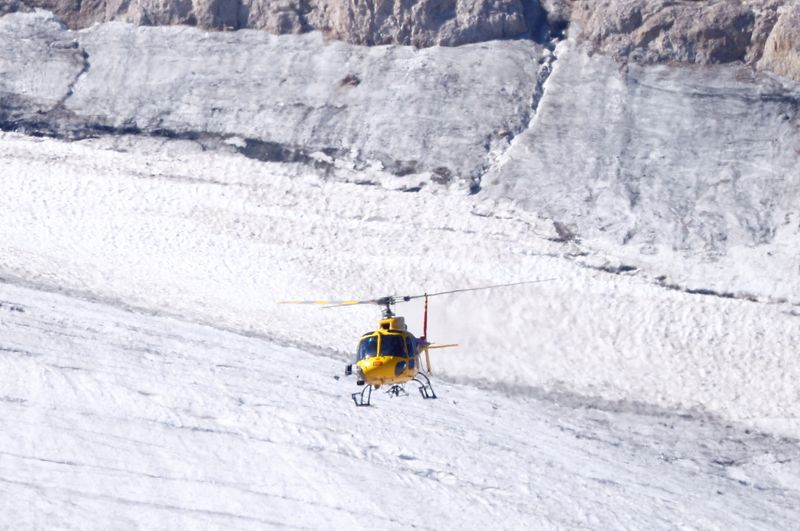