(Reuters) – Police in Richmond, Virginia said on Wednesday they thwarted a planned Fourth of July mass shooting in the state capital, after receiving a tip that possibly prevented an attack like the one that left seven dead at a parade outside Chicago.

While police said they prevented one shooting, Mayor Levar Stoney said at a press conference that there was a attack at Cyber Cafe in downtown Richmond that injured six people during the early hours of July 4. The shooter remains at large.

A 911 caller told authorities of overhearng a plot targeting the Dogwood Dell, a 2,400-seat amphitheater that hosted a Fourth of July celebration and fireworks show, Richmond Chief Gerald Smith said during a press conference.

Police did not provide details on why they thought a mass shooting was planned.

The tip led Richmond Police officers, along with Homeland Security and FBI agents to a home in the city on July 1. They seized two assault rifles, a handgun and 223 rounds of ammunition there and arrested a suspect, identified as Julio Alvarado, on gun charges.

A second suspect, Rolman Balcarcel, was arrested on July 5 after investigators said they collected enough probable cause in relation to the mass shooting threat.

Both men are non-U.S. citizens who lived in the home where the ammunition and guns were seized. They are being held at the Richmond City Jail. No further information about the suspects was available. 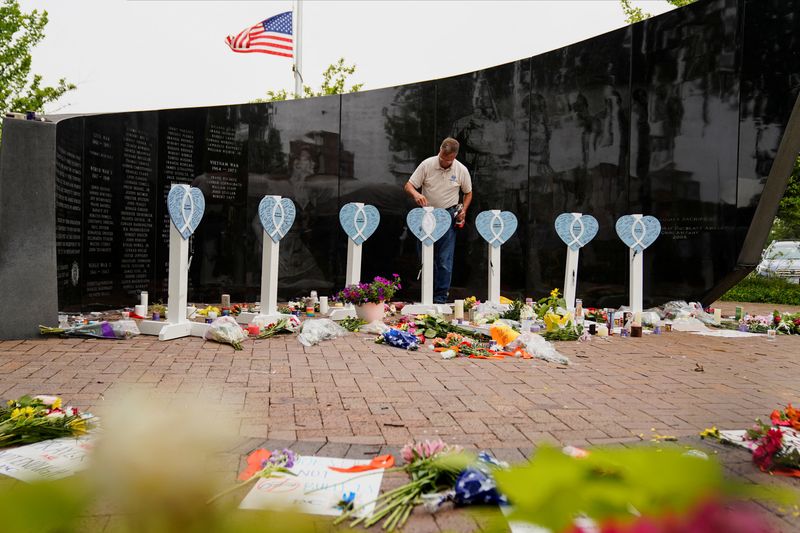