LONDON – Activity in Britain’s construction sector slowed sharply last month, with the weakest expansion since September 2021, as fears for the economic outlook caused house-building to contract for the first time since early in the COVID-19 pandemic.

The S&P Global Purchasing Managers’ Index (PMI) for the construction sector dropped to 52.6 in June from 56.4 in May, a much sharper fall than the decline to 55.0 forecast in a Reuters poll of economists.

The fall was led by a dip in the housing component below the 50-level that separates growth from contraction for the first time since May 2020. Commercial work also “saw a considerable loss of momentum” as businesses reined in spending.

“The gloomy UK business outlook and worsening consumer demand due to the cost of living crisis combined to put the brakes on construction growth in June,” S&P Global’s economics director, Tim Moore, said.

The construction downturn contrasted with a more stable picture for the economy as a whole. An all-sector PMI – which includes services and manufacturing as well as construction – edged up to 53.6 in June from 53.4 in May.

PMI data on Tuesday had shown a pick-up in activity among services businesses, but surging inflation dragged on new orders which rose by the least since early 2021.

Construction orders recorded moderate growth, but some businesses noted a lack of new work to replace completed projects due to economic uncertainty and inflation concerns.

The Bank of England expects consumer price inflation – already at a 40-year high of 9.1% – to exceed 11% in October, and is widely forecast to raise interest rates further.

Mortgage lender Nationwide last week noted “tentative” signs of a slowdown in Britain’s housing market, which boomed throughout much of the pandemic as richer households sought more spacious living accommodation.

The most recent official data, for April, showed the first fall in construction output in six months, leaving it 3.3% above its pre-pandemic level. 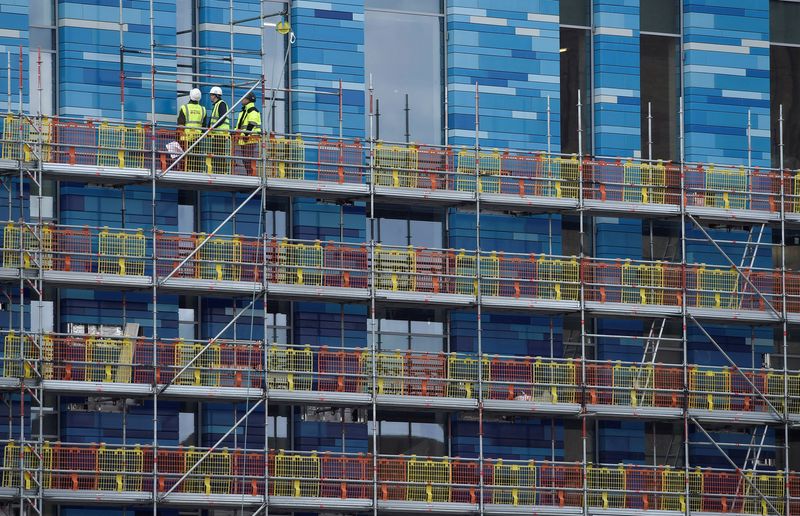