WASHINGTON -U.S. President Joe Biden looks forward to further close cooperation with the British government, he said on Thursday without mentioning Prime Minister Boris Johnson who resigned in the face of scandal.

“The United Kingdom and the United States are the closest of friends and Allies, and the special relationship between our people remains strong and enduring,” Biden said in a statement many hours after Johnson announced his resignation.

“I look forward to continuing our close cooperation with the government of the United Kingdom, as well as our Allies and partners around the world, on a range of important priorities,” Biden said.

That includes “maintaining a strong and united approach to supporting the people of Ukraine,” Biden said.

“They had a pretty friendly and close interaction,” Jean-Pierre told reporters. “We believe our alliance with the United Kingdom will continue to be strong.”

The two countries have had historically close ties, including partnering in the U.S.-led Iraq invasion that was roundly criticized. Former U.S. President Donald Trump and Johnson had complementary nationalistic beliefs.

A bilateral trade deal, once floated as a plum reward for Brexit by Johnson and others, was a dead-end under Biden, who worked to strengthen multilateral institutions. 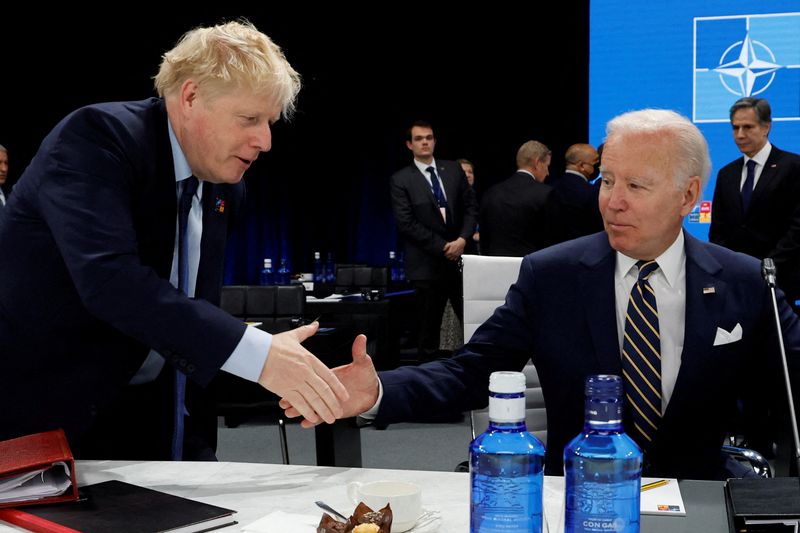 Has The FBI Arrested Any Suspects In 150 Attacks On Pro-Life Groups And Churches?

‘Flat-Out Lie’: Herschel Walker Speaks Out On Reports He Paid For His Girlfriend’s Abortion