BUENOS AIRES (Reuters) – Brazil’s real is expected to firm over the next 12 months but will come under growing pressure from planned extra social spending against a complex economic backdrop in the run-up to October’s presidential vote, a Reuters poll showed.

A median forecast in a poll of 28 analysts, which usually reflects a more conservative consensus view, saw the real strengthening 3.2% to 5.24 per U.S. dollar in 3 months and 4% to 5.20 in one year from 5.41 on Wednesday.

But signaling weakness ahead, a majority of eight out of 13 strategists who answered a separate question on the risks to their estimates said they were skewed to the downside. Four said they were tilted to the upside, and one gave a neutral reply.

The most pessimistic call in the survey had the currency falling to 5.80 per U.S. dollar in three months, potentially erasing all its gains this year since the end of 2021.

“For the time being, BRL may demonstrate bouts of underperformance if the government announces further fiscal measures to curb consumer prices,” Citi strategists wrote in a report.

“The announced measures will in some cases lead to a misallocation of resources in the economy and could have a lasting impact on the public finances,” Goldman Sachs analysts wrote in a report.

While unemployment is dropping fast, discontent remains high as wages continue to lag rising consumer prices. Brazil’s central bank has promised inflation will calm down soon, after having done much of its work on interest rates.

Former President Luiz Inacio Lula da Silva keeps a lead over Bolsonaro ahead of the vote. His plans, if elected, include a new fuel pricing policy, removing a cap on government spending, and dramatically reining in deforestation.

Unlike its turbulent South American peers, the Mexican peso is set to continue trading around the mark of 20.0 per U.S. dollar that has been its convergence point since the start of 2021, aiming at almost the same levels in one year.

Last week, analysts in a central bank poll raised their forecasts for how high the Bank of Mexico will hike its benchmark interest rate this year, offering additional support to the peso’s outlook.

(For other stories from the July Reuters foreign exchange poll:) 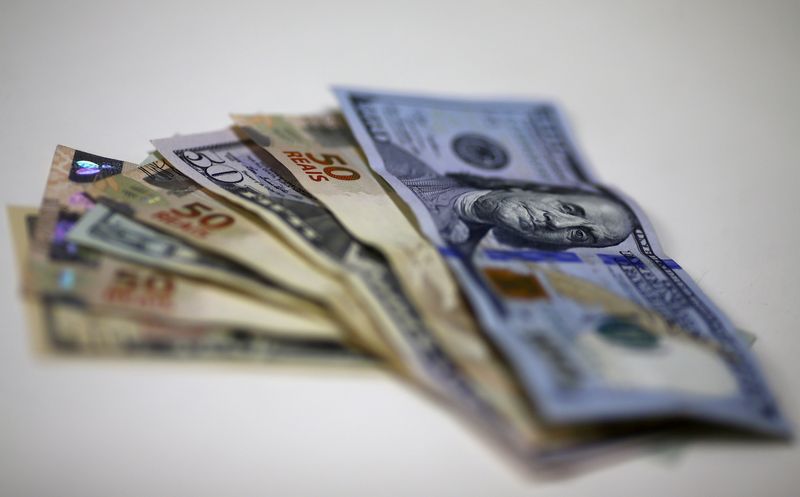