WASHINGTON/BEIJING (Reuters) -A senior Chinese military officer warned his U.S. counterpart on Thursday that any “arbitrary provocations” would be met with a “firm counterstrike” by China, but added that the two sides should strengthen dialogue and controls risks.

The world’s two largest economies are at loggerheads over a series of contentious issues, from the status of Chinese-claimed Taiwan and Russia’s invasion of Ukraine to a broader contest for influence in the Asia Pacific.

The Pentagon said that U.S. Army General Mark Milley, chairman of the Joint Chiefs of Staff, had spoken with China’s Chief of the Joint Staff Department, General Li Zuocheng.

“Gen. Milley underscored the importance of the People’s Liberation Army engaging in substantive dialogue on improving crisis communications and reducing strategic risk. The call also included a productive discussion of a number of regional and global security issues.”

China has no room for compromise or concessions on issues related to its core interests, Li added.

“If anyone provokes arbitrarily, it will inevitably be met with a firm counterstrike by the Chinese people.”

Li also reiterated a call for the United States to stop military relations with Taiwan, and “avoid shocks to Sino-US relations and the stability of the Taiwan Strait.”

China’s military will resolutely defend its sovereignty and territorial integrity, he added.

China has been stepping up military activity around Taiwan seeking to pressure the democratically-elected government there to accept Chinese sovereignty.

Taiwan’s government says only the island’s 23 million people can decide their future, and while it wants peace will defend itself if attacked. 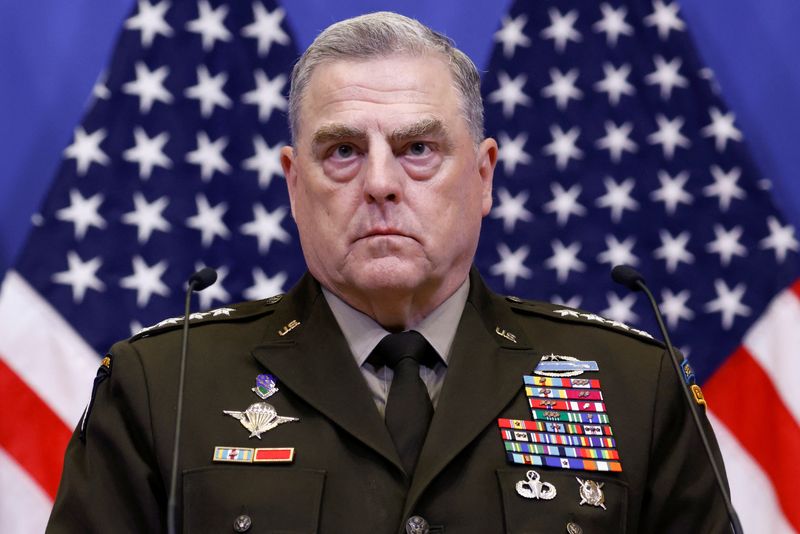