By Marco Aquino and Adam Jourdan

LIMA – Copper output at Peru’s huge Las Bambas mine has returned to normal levels after a two-month shutdown due to protests was ended last month, sources and power usage data show, but talks over a deal with community leaders have stalled, threatening more tensions.

The mine, owned by Chinese state-controlled firm MMG Ltd and long a target of protests, was hit by its worst- ever crisis from late April until mid-June when two indigenous communities pitched camp inside the mine, halting production.

The shutdown of the mine, which supplies 2% of global copper, contributed to an 11.2% tumble in the Andean country’s total copper output in May from a year-ago. Peru is the global No. 2 producer behind neighbor Chile.

The communities finally agreed to a temporary cease-fire last month, allowing some production to restart while the two sides pushed forward talks. The communities had been demanding the return of lands used by the mine.

A Reuters analysis of power demand data at the mine, previously unreported and which is a close proxy of activity, shows that levels have returned to normal after a huge slump in May and early June. A company source confirmed this.

Electricity demand at the mine plunged to near zero in late April, according to data from COES, which represents firms in Peru’s energy sector. It has bounced back over ten-fold to historical normal levels since a deal on June 9.

A source close to Las Bambas, who asked not to be identified, said the recovery had been gradual and that output at the mine and the transport of concentrates to a port for export finally “were at 100 percent.”

However, a community leader and a source close to the mine said talks had stalled, raising the threat of protests restarting. The current truce lasts until July 15 while the mine holds talks with a group of six communities.

“We are talking, but there is no progress, the agenda has been bogged down,” Romualdo Ochoa, leader of the Huancuire community, told Reuters on Friday. “It is complicated, we could get to the deadline without reaching any agreement.”

Ochoa said meetings planned for next week would be key to avoiding a return of the protests.

Another source close to the talks who asked not to be identified said the communities were trying to put new demands on the table beyond commitments already agreed to by the mine.

MMG and Peru’s government declined to comment on the talks.

The Chinese firm has previously said a target to produce 300,000-320,000 tonnes of copper concentrates this year at Las Bambas was in jeopardy if the conflict was not resolved. The mine accounts for 1% of Peru’s gross domestic product (GDP).

Since Las Bambas opened in 2016, residents near the mine have blocked it for more than 400 days, with various complaints ranging from pollution from the trucks transporting the ore to a lack of financial support from the mine for local communities.

(Reporting by Marco Aquino in Lima and Adam Jourdan in Buenos Aires; Editing by Matthew Lewis) 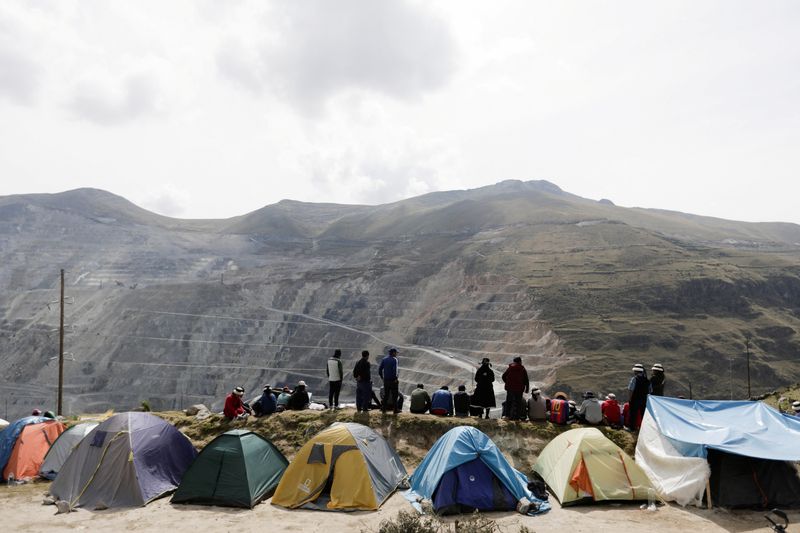