ROME -Italian economic growth was probably strong in the second quarter but could slow or even stop in the coming months as inflationary pressures rise, Economy Minister Daniele Franco said on Friday.

“We estimate there was robust growth in the quarter that has just ended,” Franco told a gathering of bankers in Rome.

He added, however, that with recessionary risks rising around the euro zone, “there is certainly a risk that growth will end or slow sharply in the second half of the year.”

Italy has an official forecast of 3.1% growth this year, and Franco said it should have a platform of “carryover” growth of around 3% at the end of the second quarter.

That means that even if there is stagnation over the second half of the year, full-year growth would come in at 3% compared with 2021.

Italian inflation, which stood at 8.5% in June, is “unlikely to come down quickly,” Franco said, pledging the government would continue to work to limit the impact of surging energy costs on firms and households, especially for low-income families.

Rome plans to adopt a new aid package worth up to 8 billion euros ($8.12 billion) later this month, government sources have told Reuters, on top of more than 33 billion euros already budgeted since January.

Despite the recent sharp rise in Italian government bond yields, Franco said Italy’s average debt servicing costs this year would be broadly in line with 2021, adding that he expected markets to stabilise soon.

Italy’s public debt-to-GDP ratio will fall significantly this year from last year’s level of 151%, he said, while confirming the current deficit-to-GDP target of 5.6%.

“I’m confident that the sustainability of Italy’s public finances will contribute to restoring more stable market conditions and bond yields in line with our economic fundamentals,” Franco said.

Looking forward, Franco said the government will cut taxes to reduce the so-called tax wedge, the difference between the salary an employer pays and what a worker takes home, in the 2023 budget to be approved in October. 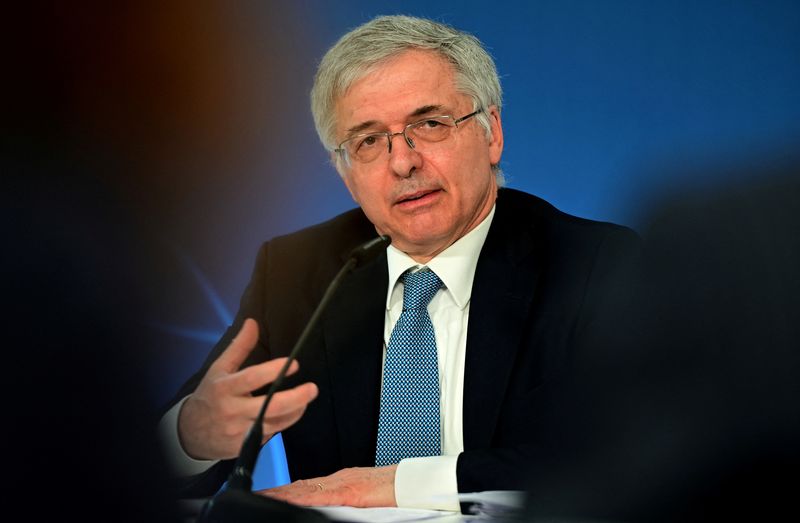