LUANDA – José Eduardo dos Santos, who ruled Angola for nearly four decades, winning a brutal civil war and overseeing an oil-fuelled boom that did little to alleviate poverty, died on Friday. He was 79 years old.

The presidency said Dos Santos died at the Barcelona Teknon clinic, where he had been receiving medical treatment following a prolonged illness.

Known within his MPLA party as “the architect of peace,” the quietly spoken dos Santos saw his legacy increasingly tarnished by allegations of rampant corruption and nepotism, particularly after fighting ended in the south-west African country in 2002.

Long regarded as untouchable, Angolans were shocked when he stepped down before an election in 2017 and even more so when his hand-picked successor, Joāo Lourenço, turned on him, going on an anti-corruption campaign that would land dos Santos’ son in jail and see assets linked to his daughter frozen.

“There is no human activity without errors, and I accept that I too made some,” he said in a final speech as president of the MPLA in 2018, his last appearance on the political frontline.

But many that lived through the decades of fighting, which left half a million dead, credit him with bringing stability to a country that had known only war since becoming independent from Portugal in 1975.

The decision to grant amnesty to all sides and offer even his civil war opponents land and business opportunities, as well as some political space, was crucial to ensuring fighting did not break out again.

Supporters say it was this same political instinct for stability that led him to retreat with little fuss from power, almost unprecedented for an African president who had served for half his life.

He frequently described himself as an accidental president, taking the reins after Angola’s first leader, Agostinho Neto, died during cancer surgery in 1979.

With Neto having only served for four years and the 37-year-old dos Santos regarded as a relatively weak outside candidate, few could have imagined he would go on to rule for just shy of four decades.

A master-manipulator, he was skilled at exposing rivals and forcing them into line.

In 2003, dos Santos banished his party’s secretary general to a junior position for appearing a little too eager to replace him. João Lourenço would have to wait 14 years to finally get his wish to become Angola’s next president.

“He humiliated people,” said Alves da Rocha, a senior economist who worked for many years at the ministry of planning. “That’s one of the reasons support for him collapsed once he left office.”

Related News:   Biden has 'no regrets' about timing of classified documents disclosure

Born on Aug. 28, 1942 to immigrant parents from the archipelago of Sao Tome, dos Santos was raised in the poor Luanda neighbourhood of Sambizanga. His father was a builder, his mother a maid.

But from a young age dos Santos had grander ambitions and joined the then-nascent People’s Movement for the Liberation of Angola (MPLA).

Like many of his fellow liberation fighters, he spent his early 20s in exile in the Republic of Congo before moving to Baku in Azerbaijan, then part of the Soviet Union, to study petroleum engineering. There he met his first wife, Tatiana Kukanova, a Russian chess champion with whom he had his first and most famous daughter – Isabel.

By 1977 and the death of Neto, dos Santos was among half a dozen senior MPLA members with a shot at the leadership. He won partly because he seemed the weakest candidate.

“Everyone believed they could easily influence him,” Justino Andrade, an MPLA member at the time, said in a 2013 interview with a Portuguese news site.

His opening speech as leader set the tone for future public appearances, lasting just 1 minute and 54 seconds. Over the next 38 years he would do just a handful of interviews.

Although he would increasingly be regarded by his critics as a dictator, it was his apparent willingness to compromise and stand by election results in 1992 as part of a U.N. negotiated peace process that would seal the popularity of his party.

Jonas Savimbi, the leader of UNITA that fought on the other side of the civil war, refused to accept the result of that election and took the tired country back to war. When the Angolan army eventually succeeded in killing Savimbi, Unita had lost much of its support.

With peace the allegations of corruption began to mount.

While little of the money trickled down to the poor, those closest to dos Santos became billionaires.

His eldest daughter Isabel became, according to Forbes, Africa’s richest woman and youngest billionaire worth about $3 billion. Forbes has since dropped Isabel from its list of billionaires because of the asset freezes.

Dos Santos, who said in a rare 2013 interview he would like to be remembered “as a good patriot”, never specifically responded to the allegations that he had allowed corruption to become rampant. 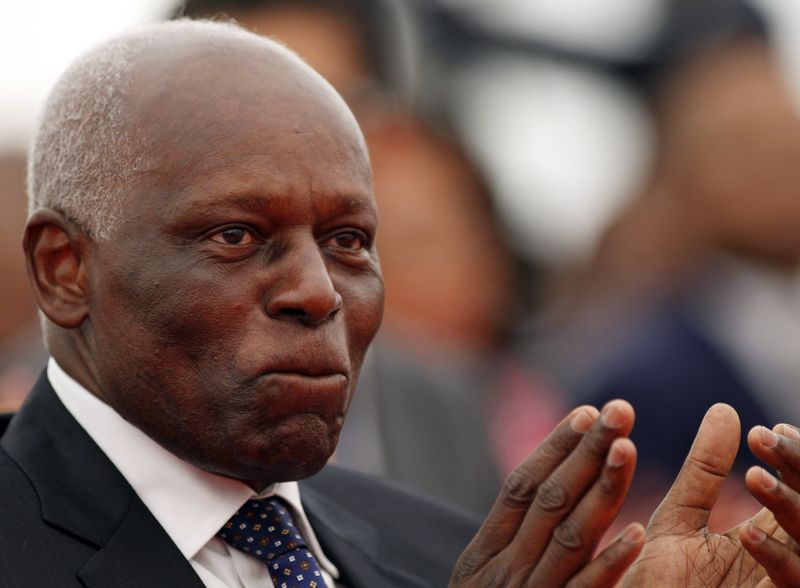