STOCKHOLM -SAS cancelled almost 70% of its flights on Friday as it scrambled to bring home thousands of tourists stranded overseas by a pilot strike that has deepened a financial crisis.

The Scandinavian airline has been forced to cancel hundreds of flights since Monday when talks with pilots over a new collective bargaining agreement collapsed. A further 181 were cancelled on Friday, flight tracker FlightAware’s data showed.

SAS, whose biggest owners are Sweden and Denmark, has filed for U.S. Chapter 11 bankruptcy protection. It held a first court hearing on Thursday in a process which may take up to a year.

As travel rebounds from pandemic lows, strikes and staff shortages are forcing airlines to cancel thousands of flights and causing hours-long queues at major airports across Europe.

Loss-making SAS has estimated the strike by some of its pilots is costing $10 million to $13 million a day.

“I’m with the back against a wall,” SAS Chief Executive Anko van der Werff said of talks with the unions, adding that their relationship needed to follow a Scandinavian model, where labour deals are typically struck on an industry-wide basis.

“I am also not in a position to sign a deal that will prevent investors from coming in. If we get no investors, then we’re (going) nowhere,” van der Werff told Reuters.

While SAS has contended with repeated strikes over the past decade, the industry-wide negotiations adopted in other sectors in Scandinavia has tended to limit conflicts.

Shares in SAS, which have shed a quarter of their value this week, regained some ground on Friday, rising 11% by 1221 GMT.

Since talks broke down the only movement has been work toward an agreement allowing SAS to bring home stranded charter passengers booked on flights it operates.

An SAS spokeswoman said about 18 planes were set to repatriate such travellers on Friday. But a negotiator for Dansk Metal, representing Danish pilots, said they were still seeking assurances the planes would be used for no other purpose.

(Reporting by Anna Ringstrom in Stockholm, Nikolaj Skydsgaard in Copenhagen and Jamie Freed in Sydney; Writing by Niklas Pollard; Editing by Alexander Smith) 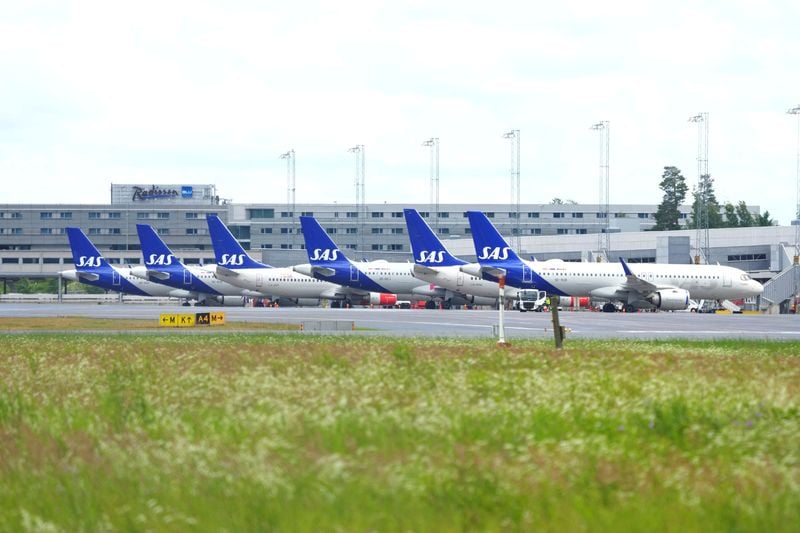