NUSA DUA, Indonesia – U.S. Secretary of State Antony Blinken called the assassination of former Japanese Prime Minister Shinzo Abe on Friday “shocking” and “profoundly disturbing,” describing him as a leader of great vision and an extraordinary partner for the United States.

Blinken made the comments at the start of a trilateral meeting with his Japanese and South Korean counterparts on the sidelines of a meeting of Group of 20 foreign ministers in Bali.

Blinken said that to the United States, Abe “was an extraordinary partner and someone who was clearly a great leader.”

He said Abe brought the relationship between the United States and Japan “to new heights” during his time in office.

Blinken said Abe was “a man of great vision for what a free and open Indo-Pacific could look like and also an incredible ability to really work towards that vision,” referring to Abe’s signature foreign policy of pushing back against China’s expanding regional influence, which Washington also adopted.

Blinken called Abe’s death “a loss for Japan, a loss for the world.”

At the same event, South Korea’s Foreign Minister Park Jin condemned the shooting, saying that such violence should not be tolerated.

Abe, Japan’s longest-serving leader, died on Friday hours after he was shot while campaigning for a parliamentary election in Japan, shocking a country in which political violence is rare and guns are tightly controlled. 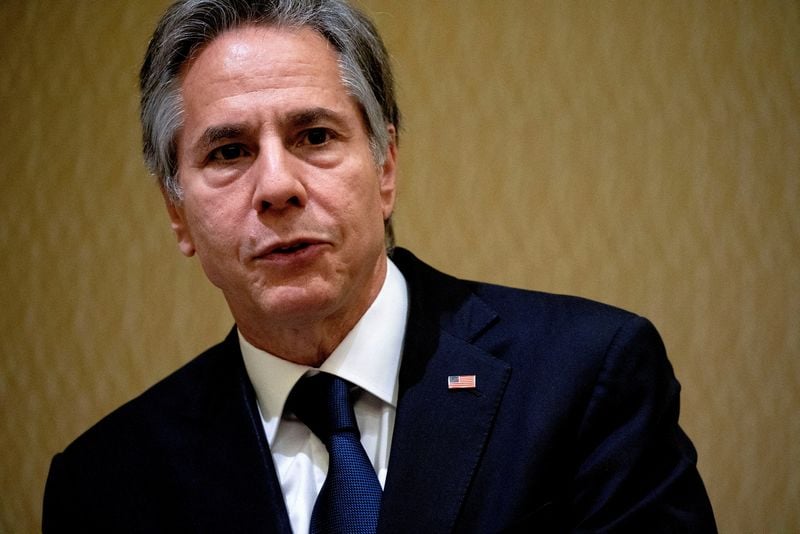