The new U.S. aid is meant to bolster Ukraine as it confronts heavy pounding by Russian artillery.

Since the Feb. 24 invasion, Russian forces have taken control of a big chunk of territory across Ukraine’s southern flank above Crimea, which Russia annexed in 2014. Russia is slowly pushing Ukrainian forces out of two Russian-backed rebel regions of east Ukraine which it has recognized as independent states.

A senior U.S. defense official, speaking on condition of anonymity, said the additional HIMARS would bring the total number of these systems to 12.

“Ukraine has now been successfully striking Russian locations in Ukraine, deeper behind the front lines and disrupting Russia’s ability to conduct that artillery operation,” the official said.

The official added that all the HIMARS provided to Ukraine were accounted for after Russia’s defense ministry earlier this week said it had destroyed two HIMARS systems and their ammunition depots in eastern Ukraine.

The United States started providing the key precision rocket weapon system to Ukraine last month after receiving assurances from Kyiv that it would not use them to hit targets inside Russian territory.

Ukraine has not used HIMARS systems to strike outside of Ukraine, the official added.

The latest weapons package also includes more precise ammunition for howitzer artillery systems, which are available to the U.S. military but had not been provided to Kyiv.

Thousands of people have been killed in Ukraine and millions displaced since the Russian invasion, which Moscow calls a special military operation to disarm and “denazify” Ukraine.

As the United States and its allies provide Ukraine with increasingly sophisticated arms, Washington has held discussions with Kyiv about the danger of escalation if it strikes deep inside Russia, U.S. and diplomatic officials have told Reuters.

Including the latest rounds of assistance, the United States has now committed approximately $7.3 billion since Russia forces rolled into Ukraine and brought full-scale war back to Europe. 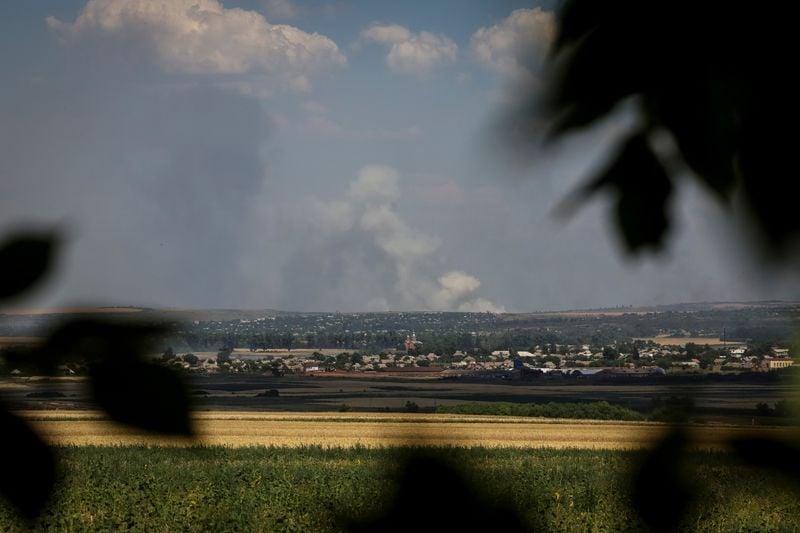