By Shaloo Shrivastava and Cynthia Kim

(Reuters) – South Korea’s central bank will deliver its first-ever 50 basis point rate rise to 2.25% on Wednesday, turning up the heat on a rate-hiking campaign as inflation tops a 24-year high and has yet to peak, a Reuters poll showed on Monday.

One of the first central banks to start raising rates, in August 2021, the Bank of Korea is still grappling with inflation, which reached 6.0% in June, the highest since November 1998 when an Asian financial crisis was in full swing.

To arrest further price rises and cushion a falling currency, 27 of 32 economists in a July 4-8 Reuters poll expected the BoK to go for an unprecedented half-point hike on July 13. Only five expected a quarter-point hike.

The BoK is one of many central banks now feeling the pressure from an aggressive interest rate hiking campaign from the U.S. Federal Reserve, which has driven the U.S. dollar to a two-decade high.

The Korean won has been one of the worst performers in emerging markets this year, tumbling more than 8.5% and set to fall further.

Krystal Tan, economist at ANZ, reckons that inflation has yet to peak as energy costs, which the central bank can’t control, keep rising and pass through to consumer prices.

“A hawkish U.S. Fed, at a time when South Korea’s (balance of payments) position is under pressure, also supports the case for more aggressive tightening,” said Tan, who is going for a 50 basis point move on Wednesday.

Some analysts called for prudence before going for a half-point hike on Wednesday, with South Korea expected to feel the spillover from slowing global growth and higher interest rates.

“We need tighter monetary policy to contain inflation but we also face greater external uncertainties with higher rates,” said Lee Jae-hyung, an analyst at Yuanta Securities, who is one of five analysts seeing a 25 basis point rate hike this Wednesday.

Overseas sales of South Korean goods logged their slowest growth in 19 months in June, fuelling concerns about the economy, while household debt is at a record.

BoK governor Rhee Chang-yong recently said the bank will look at inflation data and the repayment burden on household debts as well as the exchange rate before deciding on the magnitude of any July rate hike.

All but one economist in the latest Reuters poll forecast another 25 basis point hike at the following August meeting, with one saying no move.

For other stories from the Reuters global long-term economic outlook polls package: 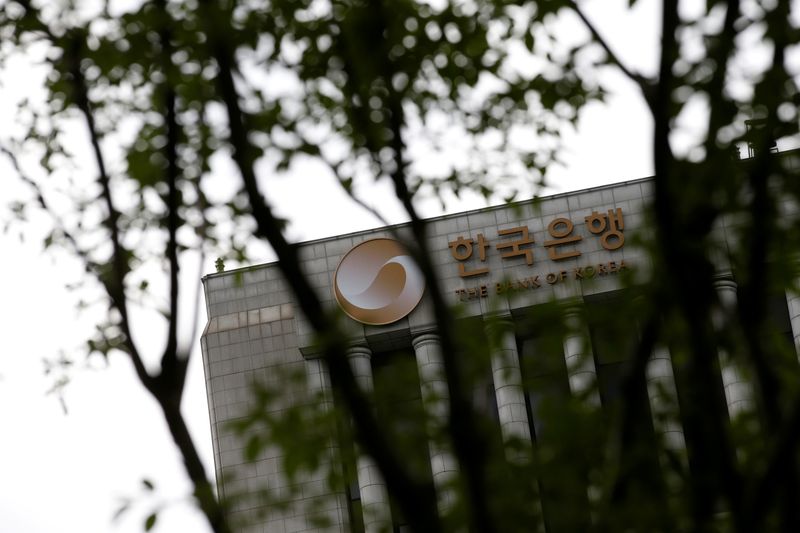