QUITO – Ecuador is holding firm to its fiscal deficit target for the year of 2% of gross domestic product (GDP), economy minister Pablo Arosemena said on Monday, despite losses to oil income caused by weeks of protests by indigenous groups.

Protests in the country erupted on June 13 and ran for more than a fortnight, leaving eight dead and severely impacting Ecuador’s oil industry, its main source of income. Demonstrators forced fuel price cuts and oil and mining policy changes.

Arosemena, who took up his post last week after a cabinet reshuffle, said initial estimates show the protests caused losses of $230 million in oil income, as production fell to half its usual 500,000 barrels per day (bpd).

“We maintain the same fiscal objectives, which will allow us to create space to strengthen social spending, reduce delays, take out less debt and strengthen public finances,” Arosemena told journalists.

The fiscal deficit will gradually fall from this year and reach a surplus in 2025, he said, ruling out chances of a tax increase to meet the target.

He said any move to seek financing from the market is unlikely in the short term.

“Public spending is like fingernails. Everyday you have to cut that unproductive public spending,” he said. “You always have to be looking for greater efficiency.”

The government plans to spend some $1.4 billion on social programs during the rest of the year and boost the economy through regional spending, he said.

Ecuador is set to receive $700 million from the International Monetary Fund in December, the final tranche of a $6.5 billion funding deal.

The government will announce the result of debt re-negotiations with China next week, Arosemena said. 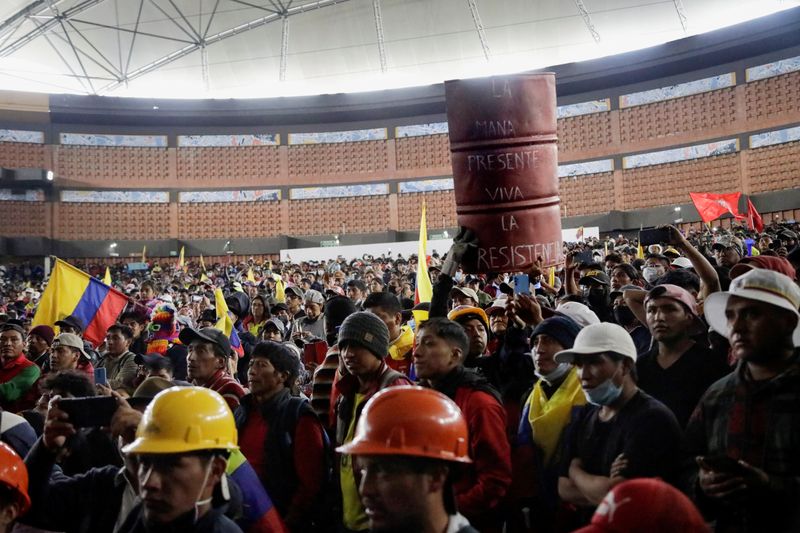