By Nick Carey and Paul Lienert

CAMBRIDGE, England – In the race to go electric, carmakers have focused on range to ease consumer anxiety over charging infrastructure, but battery makers are already working on the smaller, longer-lasting and cheaper batteries of the future, which also charge more quickly.

The battery is an EV’s most expensive part, so true fast charging coupled with widely available chargers – a lack of charging infrastructure today is seen as slowing broader adoption of EVs – would allow automakers to build cars with smaller batteries at more affordable prices, yet boost profit by selling more vehicles to a broader audience.

“Early adopters at the higher end of the market wanted bigger battery packs and longer range because they could afford it,” said Sai Shivareddy, chief executive of Nyobolt, a startup developing niobium oxide anode materials for batteries that can charge in minutes. “For more cost-sensitive mainstream adoption, you need smaller battery packs … but with the same experience as today (with fossil-fuel cars) where you can fill up in 5 minutes.”

Carmakers in China have rolled out small, low-cost EVs like the Wuling Hongguang Mini – which even with recent battery price rises still sells for around $6,500. The car is a joint venture of SAIC Motor Corp Ltd, General Motors Co and Wuling Motors.

According to startup data platform PitchBook, EV battery technology investments jumped more than sixfold to $9.4 billion in 2021 from $1.5 billion in 2020 as carmakers focused on the future.

“We are in the larval stages of battery development,” said Lincoln Merrihew, vice president at data analytics firm Pulse Labs. (Here is a graphic: https://tmsnrt.rs/3NOMxqS)

Another benefit is carmakers could claim sustainability wins using less harmful materials in EVs and emit less CO2 manufacturing them.

“Re-engineering the vehicle to minimize the size of the batteries, since that’s so expensive, is going to be a game changer,” Ford Motor Co’s chief executive, Jim Farley, said at a conference in June. The U.S. carmaker, he added, wants “the smallest possible battery for the competitive range” in its next generation of EVs starting in 2026.

Others are squeezing more efficiency out of existing batteries, as Mercedes-Benz has done with its EQXX prototype with a range of 1,000 km (621 miles).

Fast charging today is limited by EV batteries’ ability to absorb power quickly. Fast charging can shorten batteries’ lifespan or overheat them, so most EVs limit charging speed to protect them.

At Nyobolt’s headquarters, CEO Shivareddy charges four batteries in around three minutes and plugs them into a robotic vacuum that busily cleans the floor behind him as he speaks.

Niobium is a stable metal often used to strengthen steel – the world’s largest deposits are in Brazil and Canada. Used in anodes or cathodes, startups like Nyobolt and Echion say niobium can handle super-fast charging while lasting many years longer than today’s batteries.

Nyobolt is focusing on high-performance racing EVs and Shivareddy said it will take years of validation before carmakers are ready to use its batteries in mass-market models.

A few miles from Nyobolt, Echion’s niobium anodes are initially for commercial EVs like mining vehicles that operate continuously and will need fast charging.

Brazilian mining company CBMM dominates niobium production and has invested in Echion and other startups and is testing niobium with others including battery materials company Nano One, Toshiba and Volkswagen Caminhoes e Onibus, a Brazilian subsidiary of Volkswagen’s trucking unit Traton.

Rogerio Marques Ribas, head of CBMM’s battery program, said although niobium’s energy density can be up to 20% lower than some contemporary batteries, “we can bring maybe three to ten times more life and more safety while charging in minutes.”

“Raw materials will be a bottleneck for batteries,” Ribas added. “In the near future people will ask, why have a big battery pack?”

Niobium is not the only material that startups are exploring.

Group14 Technologies makes silicon-carbon anode material that enables lithium-ion batteries to hold up to 50% more energy. The company raised $400 million from investors in May.

“When I can top my battery pack off in five or 10 minutes … then it doesn’t really matter too much what that range is, whether it’s 150 miles or 300 miles,” Luebbe said.

“As the market matures, people will start to ask why I am paying thousands … for a battery I’ll never use,” she said. “Most car use to is to drive to the shops, go and see friends or drop kids at school, not to drive to Monaco.”

(Reporting by Nick Carey in Cambridge, England, and Paul Lienert in Detroit; Editing by Ben Klayman and Matthew Lewis) 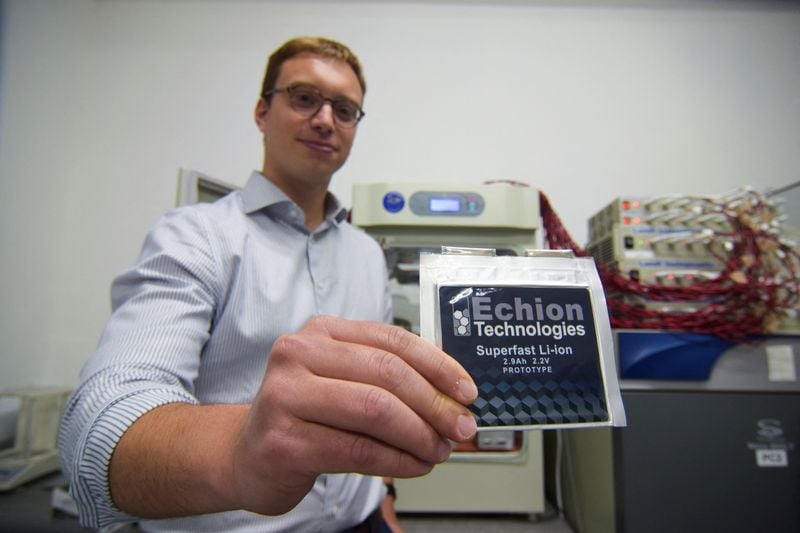 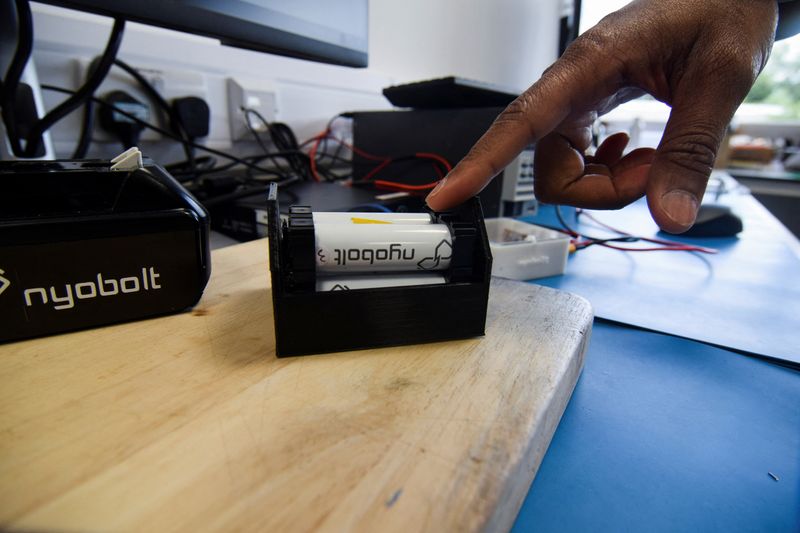 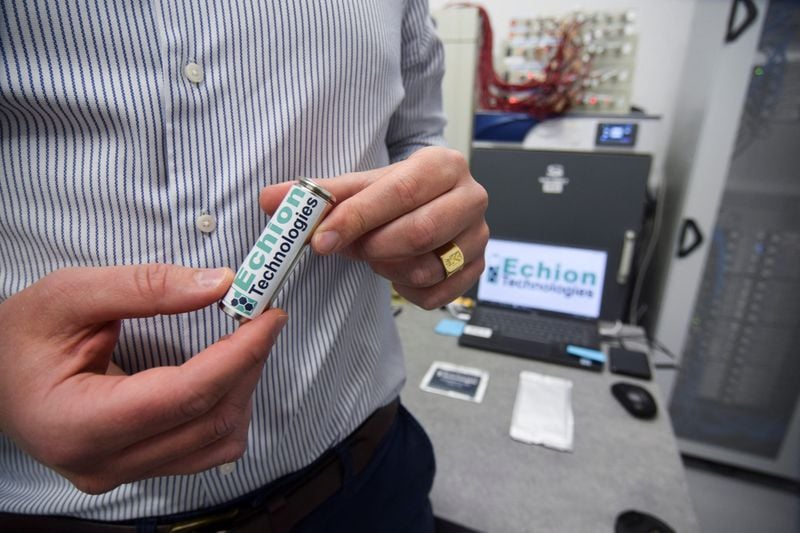 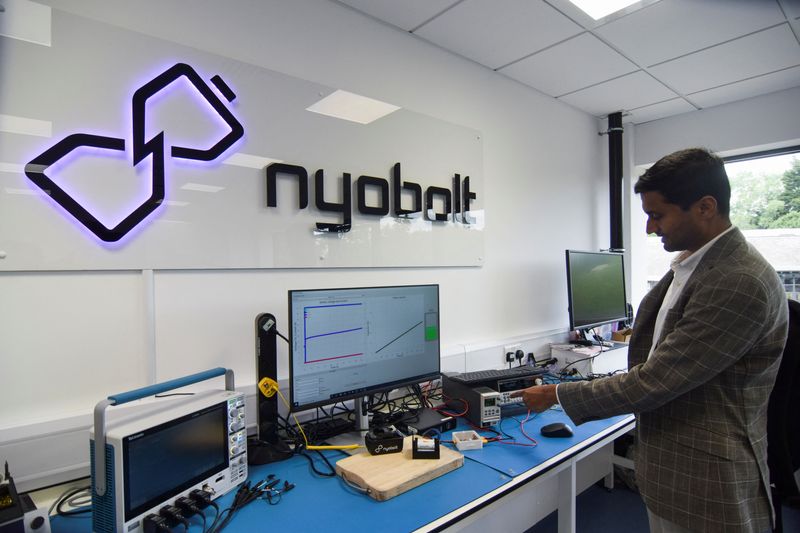 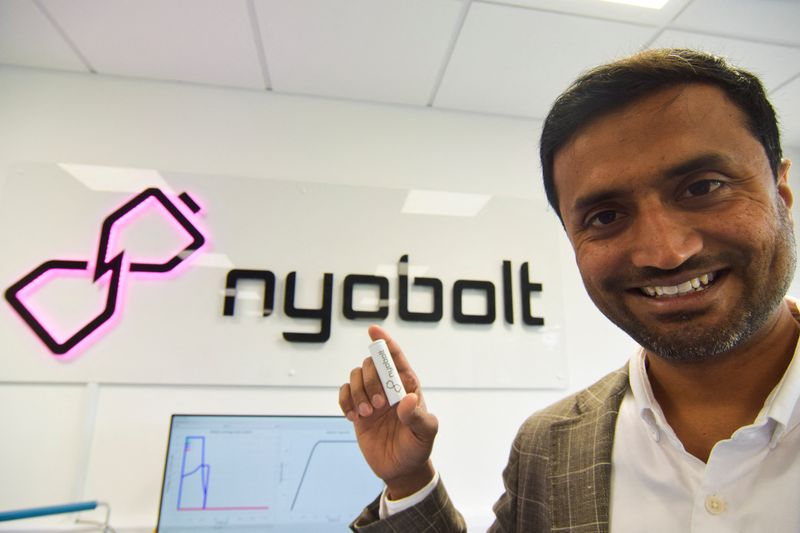 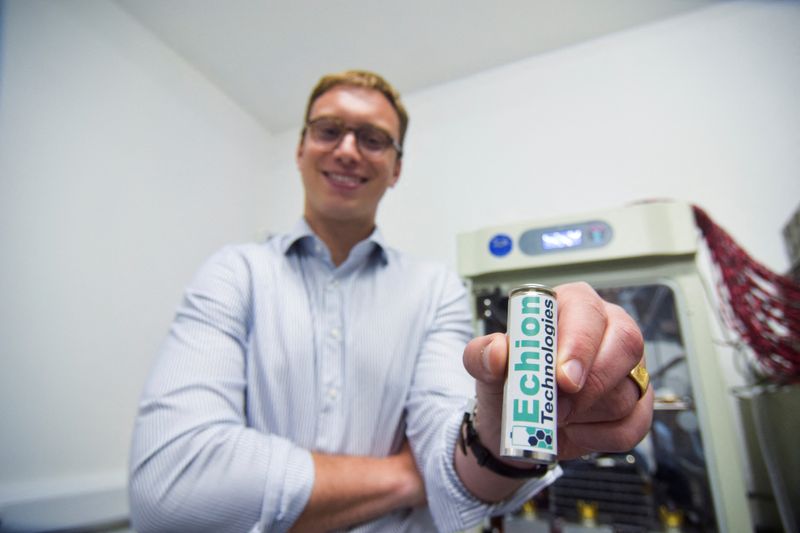