(Reuters) -Early trial data on Amgen Inc’s Lumakras was released on Tuesday by the World Conference on Lung Cancer (WCLC), but meeting organizers decided to hold until Aug. 7 results from a highly anticipated study in combination with drugs that help the immune system attack cancer.

The study, which will be the first report of how well Lumakras works in combination with immunotherapies – Merck & Co’s Keytruda and Roche Holding AG’s Tecentriq – was selected to be part of the press program at the organization’s Vienna meeting, WCLC spokesman Chris Martin said.

Lumakras is an oral drug designed to target a mutated form of a gene known as KRAS that occurs in about 13% of non-small cell lung cancers (NSCLC), the most common type of lung cancer, and less frequently in some other solid tumors.

Data from a small study of Lumakras combined with a drug that targets a different cancer growth driver known as SHP2 showed that out of 11 advanced NSCLC patients, 3 had confirmed tumor shrinkage and 7 had stable disease.

Of four NSCLC patients who received the highest tested doses of the other drug – RMC-4630 from Revolution Medicine and Sanofi – three responded to the treatment and all had disease control, researchers said.

Lumakras was approved by the U.S. Food and Drug Administration last year for advanced lung cancer patients with KRAS mutations whose disease has worsened after treatment with chemotherapy or other medicines.

Amgen is aiming to expand approved uses for Lumakras, including in combination with other therapies to treat people with earlier-stage lung cancer.

Wall Street analysts, on average, expect Lumakras sales to exceed $1 billion a year by 2024, according to Refinitiv.

Investors have been especially keen to see how Amgen’s drug measures up against Mirati Therapeutics Inc’s experimental KRAS drug adagrasib.

Amgen, which received accelerated FDA approval for Lumakras, is expected to announce confirmatory trial data before the end of this year. 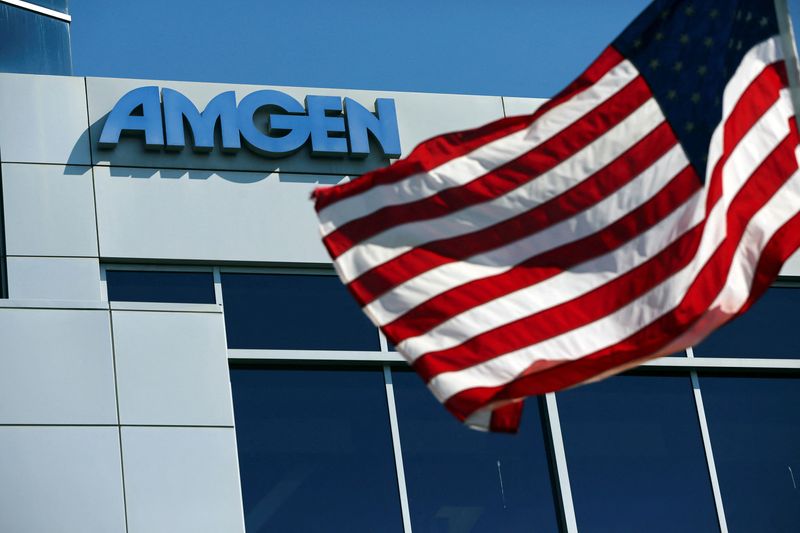