(Reuters) – Investors are bracing for a fresh slide in banking stocks, with fears of a hit from a potential recession outweighing the lure of relatively cheap valuations and a strong long-term outlook.

The S&P 500 bank index has fallen almost 25% so far this year compared with a drop of roughly 19% for the benchmark S&P 500. Investors will get more insight into the health of the sector when the country’s largest banks start reporting second quarter earnings on Thursday.

“It really depends on your view of the economic outlook for 2022 and 2023,” said Mike Cronin, investment director at asset manager abrdn in Boston, noting investors are starting to price in a risk of recession.

“If you look out past a recessionary scenario into 2024, there is some real potential upside in the group. We’re cautious on the near-term but seeing value in the long-term.”

Second quarter profits at big banks are expected to fall sharply on increases in bad loan reserves, a reversal from last year when banks reduced those cushions as anticipated pandemic losses failed to materialize.

Profits will also be hurt by a slump in deals, although partially offset by a trading revenue boost from volatile markets.

One measure that investors like Cronin are monitoring is how bank share prices compare with book value – bank assets minus their liabilities. Prices are considered cheap when they are trading at or below book value, and become “more interesting” as potential investments, he said.

As of Friday, the S&P 500 bank index was valued at 1.07 times its book value, according to Refinitiv data, its lowest valuation since late 2020.

If aggressive rate hikes result in a deep recession this year or early next year, the top 20 U.S. bank stocks could potentially average as low as 65% of book value, according to RBC analysts.

Michael Arone, Chief Investment Strategist at State Street Global Advisors says bank stocks are inexpensive. But he remains wary of the sector, partly due to a potential slowdown in loan growth and the risk to profits from inflation.

But bank executives will be pinning their hopes on business improving later in the year, he said.

“I don’t think you’ll see much talk about that,” he said. “They’ll want to under-promise and over-deliver.”

While data on Friday showed the U.S. economy added more jobs than expected in June, it could still be on the verge of a recession. Gross domestic product contracted in the first quarter, with tepid consumer spending and manufacturing readings in the last two weeks.

Still, some investors are optimistic.

Manulife Investment Management portfolio manager Ryan Lentell says banks, which last month sailed through their annual stress tests, are much safer since the 2007-09 financial crisis even if a recession hurts loan growth.

“They’ve a lot less credit risks on their balance sheets. During the pandemic credit underwriting tightened even further,” said Lentell. “Banks are very well positioned to weather any slowdown.”

And since revenue is still growing, Lentell sees bank valuations as “pretty attractive.”

Currently, S&P 500 bank index stocks are trading at about 9 times earnings estimates for the next 12 months, compared with their long-term average of 12.4, according to Refinitiv data.

With a potential recession on the horizon, Kingsview Investment Management portfolio manager Paul Nolte sees risks of more volatility for bank stocks, but like Cronin says the sector looks attractive over the long term.

“There’s some downsides still, but the upside is much greater than the downside again if your time horizon is five years as opposed to three to five weeks,” said Nolte. 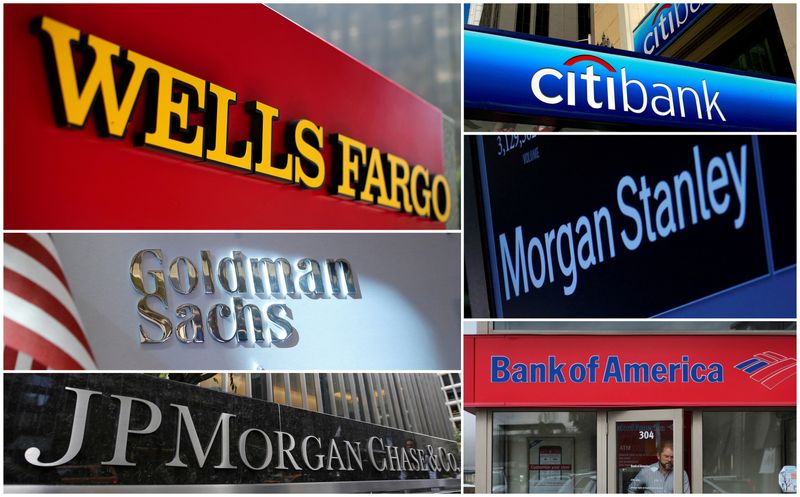