NEW YORK – Investors are giving the shares of dividend-paying companies a second look as they seek to buttress their portfolios against surging inflation and sharp declines in asset prices.

Often overlooked in favor of trendy growth names prior to the recent spike in consumer prices, the appeal of dividend payers has increased this year, as an aggressive Federal Reserve and inflation worries combine to batter stocks and bonds.

Bank of America and Goldman Sachs are among the banks that have lately touted dividend-paying stocks. The ProShares S&P Dividend Aristocrat ETF – which invests in companies that have increased their dividends annually for at least 25 years – has notched positive net inflows for all but one week this year, according to Lipper fund flows.

Proponents of dividend-paying stocks say the income helps cushion a portfolio against equity declines. At the same time, companies that look poised to increase their dividends may be a steadier source of income than bonds, which have a fixed coupon that can be eroded by rising prices.

Overall, the S&P 500 is expected to post another quarterly dividend payment record over the third quarter, driven in part by increasing payouts from energy companies, after increasing 2.3% to $16.63 per share in the second quarter, data from S&P Dow Jones Indices showed.

Dividend-payers were often seen as a less-than-glamorous corner of the stock market over the last decade, as low inflation, a dovish Fed and relatively stable growth favored large, tech-focused names that powered gains in the S&P 500. A decades-long bull market in bonds, meanwhile, gave fixed income investors a tailwind and drove total returns as Treasury yields fell to record lows in 2020.

Soaring inflation and tighter monetary policy, however, have made this year brutal for both asset classes. The S&P 500 marked its worst first half since 1970 and the U.S. bond market – as measured by the Vanguard Total Bond Index fund – is down 10.3% for the year to date, on track for its worst annual performance in history.

As “cash grows more valuable amid Fed hiking, we expect dividend yield and bird-in-the-hand strategies to continue to outperform” in the second half of the year, BofA strategists wrote earlier this month.

Investors are awaiting U.S. consumer price data on Wednesday after the previous month’s number showed inflation growing at its fastest pace in more than 40 years, prompting a jumbo rate increase from the Fed and slamming stocks.

Not all investors are convinced that dividends are the best source of income. Strategists at BlackRock, the world’s largest asset manager, said in a webinar on Monday that they are focusing on short-term and investment grade credit over the second half of the year, given the rising chances of a recession.

The firm cut its holdings of developed market equities in part because of concerns that investors are not pricing in the likelihood that earnings growth will continue to slow. Earnings season kicks in to higher gear this week as companies including Delta Air Lines Inc and JPMorgan Chase & Co report results. With little end to the volatility in markets in sight, however, others are looking for stock dividends to help stabilize their portfolio returns. The S&P 500 index pays a dividend yield of 1.52% overall, while some well-known dividend payers like materials company Amcor Plc – the largest weighting in the S&P 500 Dividend Aristocrats Index – pays dividend yields of 3.81%, compared with the 2.90% yield of the benchmark 10-year Treasury.

Michael Clarfeld, portfolio manager at ClearBridge Investments, has increased his position in companies such as Pioneer Natural Resources Co. “In a world where inflation is eroding purchasing power, dividends are a way to stay ahead,” he said. 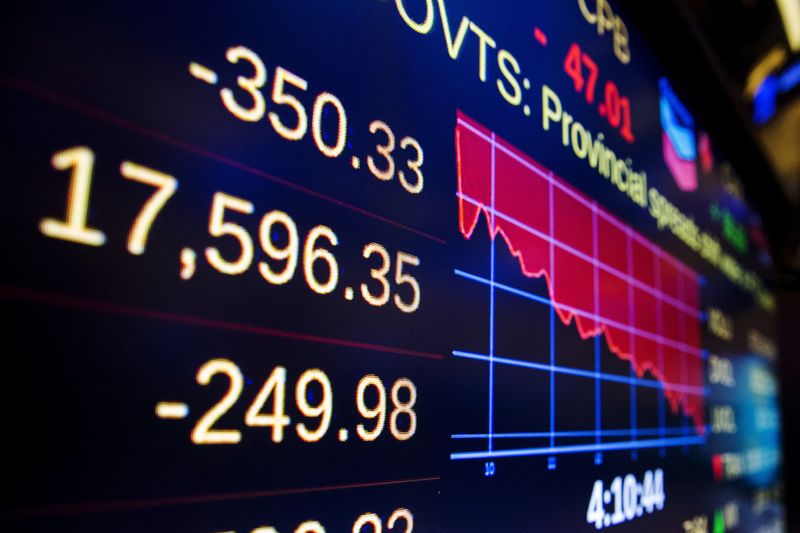