A net 10,674 people left the country over the 12 months to May, according to government data released on Tuesday, extending a drain that ran over the past year and is expected to last until new immigrants arrive in greater numbers in 2023.

That exodus comes as New Zealand struggles to fill jobs with the number of foreign workers still very low and the economy close to maximum employment.

After months of lockdown in New Zealand’s largest city Auckland, Mark Beale and his family were ready for a new adventure. When the offer to relocate to Australia’s Gold Coast came at the start of the year, he did not hesitate.

The lockdown gave him time to reflect on what he wanted to do, said the 49-year-old export manager, who concluded if he didn’t travel now he’d never get around it.

“We were on the first plane into Queensland that didn’t require mandatory quarantine,” said Beale.

New Zealand had some of the world’s toughest border controls in the two years from when the pandemic started, as the government tried to keep the coronavirus out.

Although there were no restrictions on leaving the country, the prospect of delays in returning discouraged people from heading abroad, creating a long line of residents waiting to depart, with many like Beale doing just that.

New Zealanders have traditionally gone offshore in their 20s and early 30s to work and travel, largely in Europe. Historically, Australia has also been a popular destination for kiwis looking for job opportunities or warmer weather.

Roughly 1 million New Zealanders, or more than 15% of the country’s population, live overseas, raising perennial concerns about a brain drain.

Jarrod Kerr, chief economist at Kiwibank expects annual net emigration to be around 20,000 by the end of this year, adding to wage and inflation pressures as workers seek employment and other opportunities abroad. By contrast, New Zealand, where roughly one in four people were born overseas, attracted a net 72,588 in 2019, before the pandemic.

“Kiwis who would have otherwise left over the last two and a half years are leaving now and we expect that to continue,” he said. “It’s the Kiwi way.”

That would further frustrate the labour market, which was already very tight.

“Businesses are really struggling to find workers, and we’re losing workers in their prime,” Kerr said.

He expects things could improve next year with a pick-up in migrants from places like India, China and South Africa.

Consumer research from Australian firm MYOB released earlier this month found around 4% of New Zealanders planned to move overseas to live and work, citing expectations of better salary, improved quality of living or for a particular lifestyle.

“This has the makings of a real crisis in the local jobs sector, with the lack of available employees making it even more challenging for many businesses to operate or expand to meet local demand,” MYOB head of employee services Felicity Brown said in a statement. 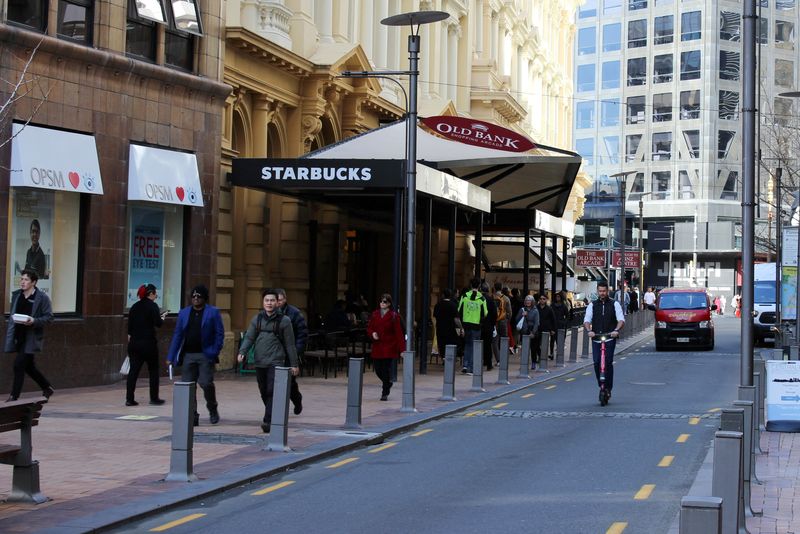