SANTIAGO – Chile’s government on Tuesday sharply increased its estimates for the country’s inflation in 2022, saying it now expects an 11.1% rise, against an 8.9% rise seen in the previous projection.

The Andean country’s central bank has been hiking interest rates aggressively to tame soaring consumer prices, but data last week showed inflation at the highest level since 1994, with economists seeing a “troubling” outlook.

A presentation by Finance Minister Mario Marcel also showed that Chile’s gross domestic product (GDP) is expected to grow by 1.6% this year, slightly up from a previous estimate of 1.5% growth.

“There is not a significant change when it comes to GDP,” Marcel told a Congress committee, adding that the mining sector GDP is expected to post a negative reading this year.

“In the second half of the year we’ll see greater weakness in consumption and demand,” he said.

The government’s previous expectations dated back to May.

The South American country, the world’s largest copper producer, also said on Tuesday that the price of the red metal is expected to hit $4.19 per pound in 2022, down from a previous projection of $4.45.

Domestic demand, meanwhile, is now seen rising 1.3% in 2022, sharply above a previous estimate of a 1% drop from last year.

The government projections come after Chile’s central bank said last month the country’s economy would expand between 1.5% and 2.25% this year. For 2023, the bank forecasts a range between no growth and an economic contraction of 1%. 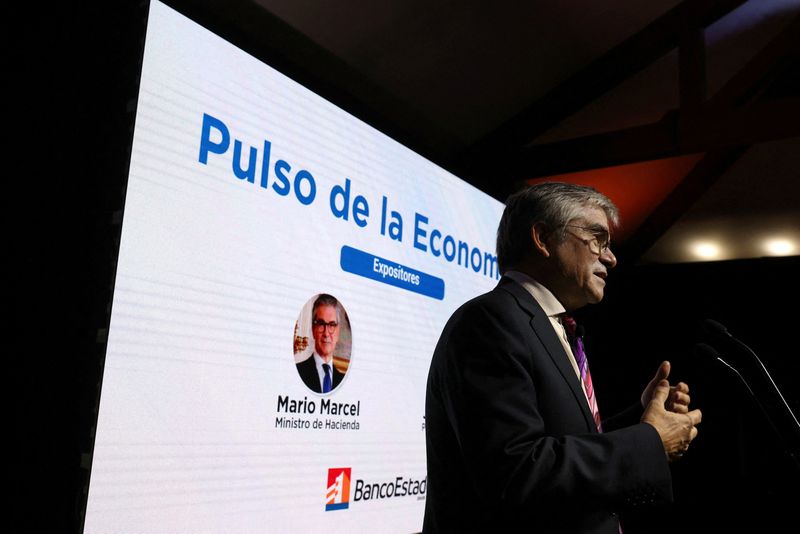